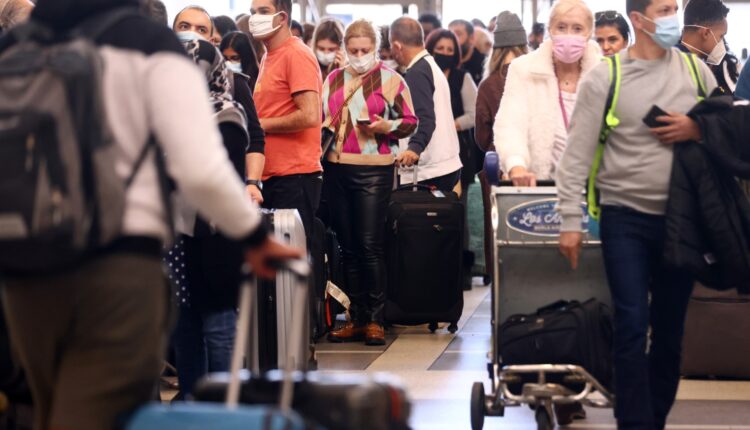 Travelers gather in the international terminal at LAX on December 21, 2021. (Getty Images)

They are on strike against the airport concession giant HMS Host. The union says many of its long-term workers have not received a raise in more than three years due to a longstanding industrial dispute.

On Monday, workers in American Airlines’ admiral lounge voted overwhelmingly to approve a strike, according to the union. The food workers also plan to go on strike at some point.