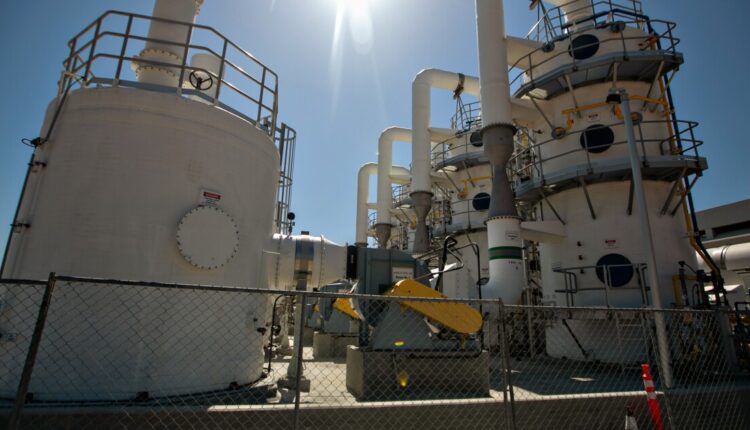 Multiple equipment failures, unheeded alarms and insufficient staffing at the city’s largest wastewater treatment facility are the likely causes of a “nearly catastrophic” flood that dumped millions of gallons of untreated sewage into Santa Monica Bay last summer, according to an official report obtained by The Times.

Although a full understanding of what triggered the Hyperion Water Reclamation Plant crisis may never be completely determined, study authors said there was “little or no evidence” that the failure was caused by a deluge of concrete and wood that were illegally dumped into the city’s vast sewage system — a claim initially made by sanitation officials.

The report, which is to be presented to the Board of Public Works on Friday, sheds new light on an incident that gave residents skin rashes, headaches and nausea for weeks; spawned two lawsuits against sanitation officials; and triggered dozens of violation notices from regulators.

It also raises new concerns about the city’s ambitious plans to convert Hyperion to a full wastewater recycling facility by 2035, a move that officials say is needed to reduce the region’s reliance on imported water in the face of recurring drought.

All available evidence indicates that the spill was caused by a breakdown of equipment designed to remove plastic and large objects from incoming sewage, and by plant workers who failed to heed warning signs of rising wastewater, according to the 52-page report, which was produced by a committee of city officials, outside experts and environmental advocates.

The failures caused torrents of wastewater to flood the Playa Del Rey plant on July 11, destroying vehicles, knocking out pumps and electrical equipment, sending workers running for their lives and triggering one of the largest sewage spills off Los Angeles beaches in a decade.

The report noted that the breakdowns occurred on a dry summer day and said that sanitation officials need to upgrade equipment and improve response protocols to ensure the plant can handle large flows of wastewater during heavy rainfall — a move considered critical as changing climate ages weather patterns.

“We’re going to have wetter and more extreme deluges. That is going to put more pressure on any type of facility like this,” said Felicia Marcus, a visiting fellow at Stanford University and former chair of the state water board who was a member of the report committee.

Top sanitation officials, the report said, need to be more vigilant in overseeing operations to prevent flooding incidents that could jeopardize the effort to upgrade Hyperion into a facility that recycles wastewater for groundwater replenishment and purifies it for drinking water.

“The Bureau of Sanitation should assign senior leadership responsibility for the facility and staffing upgrades necessary to both rapidly deal with preventing future flooding and prepare Hyperion for its transition to a full wastewater recycling facility,” the report said.

Sanitation officials have lauded plant workers for their “valiant” efforts during the flooding and said those actions prevented a much larger environmental disaster.

On Thursday, a spokeswoman for the LA Sanitation and Environment Department, which operates the facility, said the agency has already adopted some of the report’s recommendations and is awaiting the findings of another study by consultants investigating the incident.

The report answers key questions about the flooding that caused 17 million gallons of sewage to spew into the waters off Dockweiler State Beach for more than 12 hours on July 11 and 12. It also provides recommendations to prevent similar emergencies.

But the report does not address some critical issues, such as why plant operators responsible for monitoring incoming sewage failed to respond to a visual alarm indicating rising levels of wastewater, which occurred more than an hour before the flooding began. The wastewater, which enters Hyperion through a large sewer line, rose nearly three feet in little more than two hours before the flooding.

The report also does not discuss whether Hyperion officials were able to monitor in real time how much sewage was directed into the ocean through an emergency one-mile pipeline 50 feet under the water. The plant normally discharges treated wastewater at a depth of 190 feet via a five-mile pipe.

Los Angeles county health inspectors, who responded to the plant on the evening of July 11, asked sanitation officials at least twice how much sewage had spilled into the ocean, but they were not given figures until 9:30 am July 12 — more than 12 hours after the discharge, according to incident logs obtained by The Times under a California Public Records Act request.

“It’s an emergency situation, so they’ve got to know how much is going out,” said Dorsey, who has done environmental monitoring work for the Hyperion plant.

The Los Angeles County Department of Public Health, which is responsible for issuing beach warnings, was criticized for waiting hours to notify lifeguards and the public that a massive sewage spill had occurred. Officials began closing Dockweiler and El Segundo beaches July 12 around noon.

The report acknowledged the need for improved communication to ensure that county public health officials have “real-time, comprehensive information, as available, necessary to post notices and/or close beaches as expeditiously as possible whenever an emergency results in untreated sewage discharges.”

In the last five years, the city has invested $1.2 billion in improving the entire sewage treatment system and more than $550,000 to upgrade the Hyperion plant, sanitation officials said.

The upgrades included eight bar screens, each 22 feet tall and 9 feet wide. The devices rake incoming sewage and remove materials such as plastics, paper and other objects. The bar screens, which were installed in 2019, were among the equipment that failed, according to the report.

The screens became clogged after a separate device designed to chop up plastic and other larger solid materials broke down as sewage was backing up in the Headworks building, where the wastewater is initially processed, the report said. A key piece of equipment that removes the solid garbage from the water was also out of service.

By the time additional workers responded around 4:30 pm to help two operators who were scrambling to fix the problems, the building was flooding with water, according to a previous timeline provided by sanitation officials.

The rising water prevented the workers from using a crane to remove a bulkhead that weighs about 3 tons. That would have diverted water out of the building through an opening on the floor, the report said.

The workers had to flee for their safety as raw sewage inundated the building and began pouring into the streets.

Effects from the flood are still being felt seven months later.

Each day, Hyperion sends a portion of its treated wastewater to a nearby facility operated by the West Basin Municipal Water District, where crews further treat the water for irritating greenbelts, parks, and other recycling uses.

In the weeks after the flooding, the Hyperion facility provided wastewater with excessive levels of solid particles, in violation of its environmental permit, records show.

So far, the district has used 8,700 acre-feet of drinking water, or enough to supply 26,100 average households for a year, according to spokeswoman Amy Rocha.

The sewage spill is being investigated by the Los Angeles Regional Water Quality Control Board, which said the Hyperion plant violated its environmental permit for several weeks following the spill and could order sanitation officials to pay thousands of dollars in fines.

Two lawsuits alleging negligence by sanitation officials have been filed on behalf of El Segundo residents, who have said they developed skin rashes, headaches and nausea due to foul odors that lasted for weeks after the incident. Regional air quality regulators issued 41 notices of violation to the plant after the incident, records show.

Susan Mecklenburg, a resident who is a party to one of the lawsuits, said Thursday that foul odors continue to persist in the neighborhood east of the plant.

“It still smells really bad,” she said. “We all feel like we have our hands tied. We’re just living with it.”