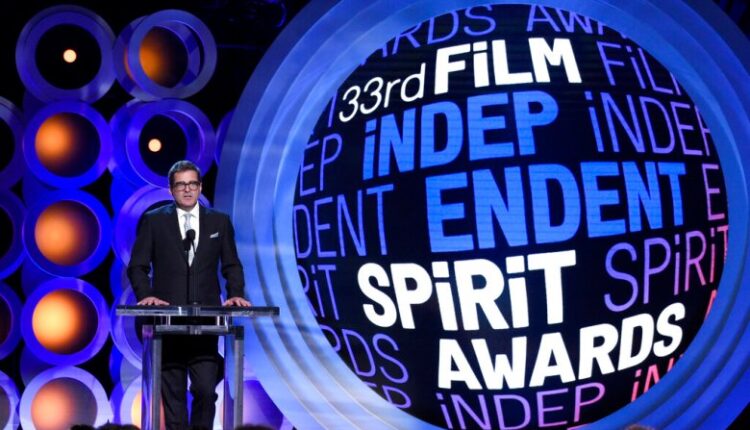 Another weekend, another major awards show.

The latest stop in the run-up to the Oscars is the Independent Spirit Awards, which will be held Sunday, March 6, in Santa Monica. The outdoor ceremony, which honors the best work done in the independent film world in 2021, is being hosted by married couple Megan Mullally and Nick Offerman. And though you may not be able to join the ceremony on the beach, there are plenty of ways to watch the show from home.

The 37th Independent Spirit Awards will air live on Sunday, March 6 on IFC, with the broadcast beginning at 5 pm ET/2 pm PT. The event of this year remains an early afternoon affair on the beach — and well ahead of the Oscars, which it usually precedes by a mere day. Indie film lovers without cable can watch IFC live on the following services, several of which offer free trials: Philo, fuboTV, Sling TV, YouTube TV, AT&T TV, and the IFC app. For those who prefer to stream the show, the ceremony will also be available on AMC+, which has exclusive streaming rights this year.

Last year’s Independent Spirit Awards had quite a bit of overlap with the Oscars, as indie films including “Nomadland,” “Minari,” and “Promising Young Woman” dominated both events. “Nomadland” won both Best Feature and Best Director at the Independent Spirit Awards before going on to win the equivalent categories at the Oscars. This year, more studio films are nominated for the top categories at the Oscars, inevitably rendering the Independent Spirit Awards less mainstream. But there is plenty of top-notch indie film work to honor, with films like “The Lost Daughter,” “C’mon C’mon,” and “Zola” dominating nominations. A24 has the most nominations of any distributor with 13 nods, followed by Netflix with nine and IFC Films with eight.

On the television side, there was much more overlap with the Emmy Awards, as notable shows including “Squid Game,” “The White Lotus,” “Blindspotting,” and “Reservation Dogs” picked up nominations. Last year’s big television winner was Netflix’s “Unorthodox,” which took home all three acting trophies in the TV categories.

Sign Up: Stay on top of the latest breaking film and TV news! Sign up for our Email Newsletters here.