How Newsom Can Stop Wage Theft in California’s Apparel Industry 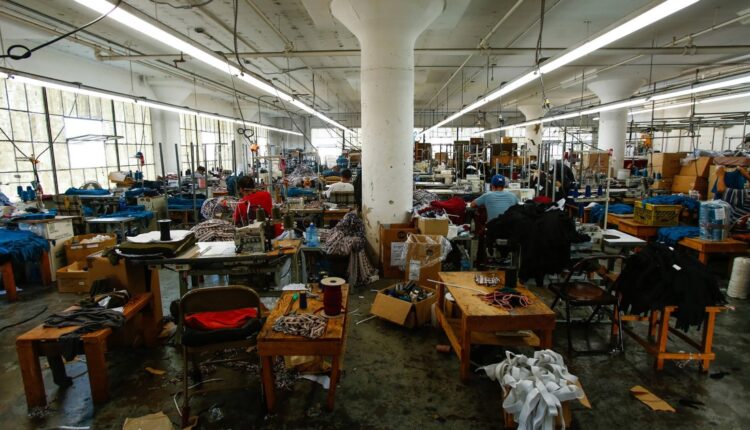 On September 18, the Metropolitan Museum of Art’s Costume Institute will open its new major exhibition, In America: A Lexicon of Fashion, which will “showcase the qualities that collectively define American fashion.”

As this celebration of American style unfolds in New York, California textile workers – the people who make most of American fashion – will wait to see if Governor Gavin Newsom signs the Garment Workers Protection Act, SB 62, which the state The legislature passed last week.

The measure would abolish the piece-wage system that pays workers based on the number of pieces of clothing they sew (rather than an hourly wage) and would hold fashion brands liable if their contractors fail to pay the minimum wage – a practice known as “wages” theft. “According to the current piece-rate system, workers only earn 5 cents for sewing a side seam or 10 cents for sewing a neckline.

The fashion business, with annual sales of $ 1.5 trillion, is one of the least regulated industries. And while offshore sweatshops often make the headlines for their employment abuse, there are sweatshops in the United States too.

State Senator María Elena Durazo (D-Los Angeles) who introduced SB 62, union officials and even some fashion brands believe it is time to end such practices in California. Since the 1990s, most of the U.S. apparel industry jobs have relocated to Mexico, Central America, and Asia, where production prices are only a fraction of domestic costs and there is little or no oversight. According to the American Apparel & Footwear Association, 3% of all fashion sold in the United States today is made in the United States, and most of it is made in Los Angeles.

According to the Garment Worker Center, a nonprofit anti-sweatshop group, there are approximately 45,000 textile workers in the Los Angeles apparel industry. The center found that fewer than a third of the area’s textile workers are receiving the state minimum wage, which is currently $ 13-14 an hour, depending on the number of employees in the company. The rest is paid out of the books, with many earning less than $ 3 an hour. Like the textile workers in the offshore sector, the undeclared workers do not earn overtime, have no health benefits and often work in unsafe conditions. Nevertheless, the garments produced are allowed to carry the “Made in the USA” label.

“If they don’t get what they’re due, these workers can’t pay their rent, can’t feed their families, and it all comes back to the rest of us,” Durazo said in an interview earlier this month. 35 years ago she was a union organizer for clothing workers in Los Angeles. “I’ve spent my time in these stores,” she said. “At the time, wage theft was not the business model. But today it is like that. “

For the past six years, Nordstrom, Macy’s, Dillard’s, Charlotte Russe, Forever 21 and Ross Dress for Less have been caught selling clothing made by workshops in Los Angeles that violate minimum wage and overtime laws. Brands and retailers often deny responsibility because they claim their contractors secretly subcontracted the jobs.

Durazo finds such defense mechanisms ridiculous. “They’re hiring the contractors,” she said. “You should be held accountable.”

California isn’t the only government trying to hold brands accountable for their supply chains. This summer, the Bundestag passed the Corporate Due Diligence in Supply Chains Act, which will come into force in 2023 and which will hold large companies legally accountable for human rights and environmental violations in their global supply chains. In March the European Parliament a Legal directive on the due diligence and accountability of companies operating in the European Union. It is expected to be included by the European Commission later this year or early 2022.

SB 62 is the second run of the California legislature in labor reform in the apparel industry. The first attempt last year did not make it to a vote in plenary. This time, however, more than 150 brands and organizations support him, including Eileen Fisher, Boyish Jeans, Reformation and Saitex, a major jeans manufacturer.

Opponents, including the California Chamber of Commerce, claim it will be a job killer. “But I don’t know why companies would be forced to pay the minimum wage to close or relocate overseas,” said Durazo, “unless they believe that is the only way to do business.” If so If so, they may have to rethink their business model.

When Newsom’s SB 62 goes into effect, contractors will be forced to pay workers their due, increasing state income tax revenues, reducing demand for welfare benefits and lifting more workers out of poverty. The passage of this bill could also lead the Biden government and Congress to support similar health and safety measures at the national level. Only then will we have American fashion worth honoring.

Dana Thomas is the author of “Fashionopolis: Why What We Wear Matters”.