How do the Oscars’ Best Picture nominees stack up this year? Part 1 | Reviews | style 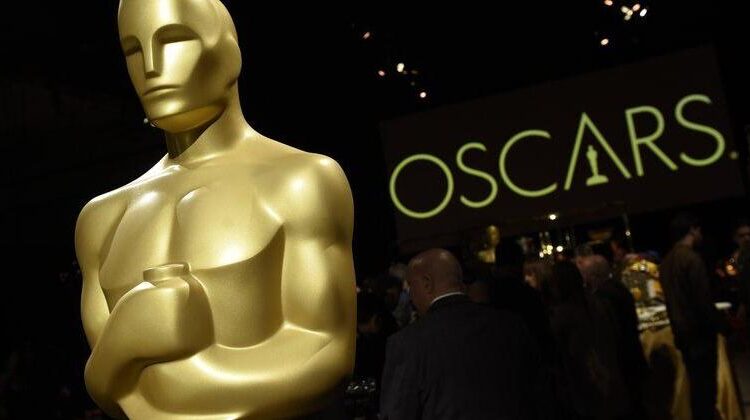 On Tuesday, the Academy of Motion Picture Arts and Sciences announced the nominees for the 94th Academy Awards. This included the 10 films nominated for the coveted Best Picture Award. With the award-winning films being announced March 27, here are some of the nominees, reviewed.

Director Denis Villeneuve’s adaptation of Frank Herbert’s classic sci-fi novel is set in outer space in the future. Paul Atreides (Timothee Chalamet), is the son of a duke (Oscar Isaac) of a planet and his mother (Rebecca Ferguson) who is a woman with telepathic abilities.

The duke and his family are ordered to move to the planet of Arrakis, a desert-like planet, which is rich in a substance called “spice” — one of the most valuable resources in the universe. After the assignment turns out to be a trap by enemies of the Atreides family, Paul and his mother are stranded in the desert where Paul discovers that he may be the savior to the native people of Arrakis.

The novel was first adapted in 1984 by David Lynch, and it was really bad (so bad that Lynch wanted his name removed from the credits of the film). So the good news for Villeneuve is that it could only go up from there — it did that dramatically.

Of course that’s not saying much, but this film is really good. Villeneuve, who has directed such sci-fi films like “Blade Runner 2049” and “Arrival,” brings his distinct visual style to the production design of the film.

The sets, visual effects and costumes all look really great. One thing Villeneuve is able to do in his films is emphasize scale. The spaceships and structures all appear so huge and grand, which conveys power structures in this society.

While it does appear a little monochromatic sometimes in terms of color scheme, the general aesthetic of the film is pretty solid.

The performances are all solid as well. Chalamet, Isaac, Ferguson, Josh Brolin, Javier Bardem, Stellan Skarsgard, Dave Bautista, Jason Momoa and Zendaya all round out this star-studded cast. All of them gave pretty good performances, but none generally stood out to me.

I think this film tried to excel in its aesthetic, which it did. The environment and setting is more of the main character of the film rather than any human character.

Waterbeds, pinball, politics and the 1970s film industry — what more could you ask for in a film?

“Licorice Pizza” is a film about Gary Valentine (Cooper Hoffman), a 15-year-old actor in the San Fernando Valley in California in 1973. On his school picture day, Valentine flirts with Alana Kane (Alana Haim) who works for the photographer, and the two become friends.

As encompassed by my synopsis, there is a lot in this film. “Sprawling” is the perfect word to describe it — “phenomenal” would be another word to describe it. This film may have cemented director Paul Thomas Anderson as my favorite of all time.

“There Will Be Blood,” “Magnolia,” “Boogie Nights,” “Punch-Drunk Love” and “The Master” are all among some of my favorites of all time. All of these films deal with characters who have some sort of hidden flaw that is slowly revealed throughout the film.

You can tell this is a very personal film for Anderson. He said parts of the film are based on things his friends from high school would tell him, but I don’t think you need to know this to understand it’s a personal film. The feel of 1970s San Fernando Valley, the setting of the film as well as the place where Anderson grew up, feels very natural.

And the performances: The performances are amazing. Both Haim and Hoffman are making their feature film debuts, and they absolutely steal this film. Haim, a member of the band “Haim” along with her two sisters Este and Danielle (who are also featured in the film), gives one of the best, if not the best, debut performance I’ve ever seen.

Anderson noted that it was difficult during the casting process to find an actor who could play Valentine because most of the child actors he encountered were too “mannered” and “tame” to match Haim’s “naturalistic” acting style, according to an article in the New York Times.

This is where Hoffman comes in. Hoffman, the 18-year-old son of the late and great Philip Seymour Hoffman — frequent collaborator with Anderson and potentially my favorite actor of all time — also had his actoral debut in this film. Like Haim, you can’t tell it’s his first movie. Hoffman and Haim have some of the best chemistry I’ve seen from an onscreen duo. He just flows with charisma, yet it’s his first role in a film.

It’s a crime that neither Haim nor Hoffman got nominations for Best Actress and Best Actor, respectively.

This film is one of the best I’ve seen over the past few years. It has also received three Academy Award nominations: Best Picture, Original Screenplay and Best Director (Anderson).

The next film up is Adam McKay’s new satirical film “Don’t Look Up.”

The film stars Leonardo DiCaprio as Dr. Randall Mindy, an astronomy professor at Michigan State University whose doctoral candidate (Jennifer Lawrence) discovers a comet hurtling toward Earth that will collide in six months time, annihilating all of mankind.

The two head to the White House to inform the egotistical and arrogant President Janie Orlean (Meryl Streep) and her son/chief of staff (Jonah Hill), who don’t seem to understand the danger they’re in. The duo spends their time, along with a scientist from NASA (Rob Morgan), to try and convince humanity of the danger they are facing.

The film is a satire of the climate change issue. The main conflict of the film being the comet that could wipe out mankind, as well as the Trump-like president ignoring the issue makes this very clear — maybe too clear. That’s my main gripe with the film.

The satire is about as subtle as a comet colliding with Earth.

McKay is fully capable of making funny scenes. Prior to his satirical films, he directed such comedies as “Step Brothers,” “Talladega Nights: The Ballad of Ricky Bobby,” “Anchorman: The Legend of Ron Burgundy” and “The Other Guys.” There are some funny scenes in this film with actors like Hill that land.

However, the majority of the satire in the film is way too heavy-handed and pompous.

Don’t get me wrong, the climate change issue is serious. I just feel this film could’ve been much better with more subtlety. Films like “Beasts of the Southern Wild,” “An Inconvenient Truth” and even the series “Planet Earth” deal with the issue far better than this film.

“The Power of the Dog”

Director Jane Campion’s Western film “The Power of the Dog” rounds out some of the Best Picture nominees.

Set in 1925, Phil (Benedict Cumberbatch) and George (Jesse Plemons) Burbank are wealthy ranchers in Montana. When George meets Rose Gordon (Kirsten Dunst), a widowed inn owner, the two fall in love and marry. The two, along with Gordon’s son (Kodi Smit-McPhee), move to the ranch, which angers Phil. The film shows the tension between them, which gets progressively more intense.

I really enjoyed this movie. It reminded me of Paul Thomas Anderson’s film “There Will Be Blood” in terms of it being a Western psychological drama. Both are good at developing a tense atmosphere in the fairly desolate area of ​​the early American West. A large contributing factor toward this accomplishment in both films was the use of score, and both of the films have the same composer, Jonny Greenwood.

Greenwood, the lead guitarist and keyboardist for Radiohead, is one of the best film score composers of our time. He has worked on a number of films with Anderson, and now he has done some of his best work on this film. His dark score with heavy string sounds are a large part of the eerie atmosphere developed throughout the film.

The performances are phenomenal. Cumberbatch and Plemons give some of their best performances. Cumberbatch’s performance feels like a synthesis between his cynical and narcissistic attitude, which he displays in films like “Doctor Strange” and a John Wayne-esque macho man, cowboy attitude.

However, the strong that he holds only hides his true self. He pulls it off.

Plemons really shines as well. I first began to like Plemons when I saw him in “Breaking Bad” as Todd Alquist. He always manages to give subtle yet powerful performances in all of the TV shows and films he has worked on.

Plemons does this once again as he portrays a man trying to balance his relationship with his new wife and his brother.

Haze gives the best performance of the film. Dunst has always been an underappreciated actress in my view.

Her performance as a 16-year-old in Sofia Coppola’s “The Virgin Suicides” was great, and she has delivered nothing but great performances since then. In this film, she plays a woman tortured by anxiety and alcoholism. She is harassed by Phil, who doesn’t approve of her at the ranch, which pushes her farther and farther toward the edge.

She also worries for her son, who falls victim to Phil, due to his awkward attitude.