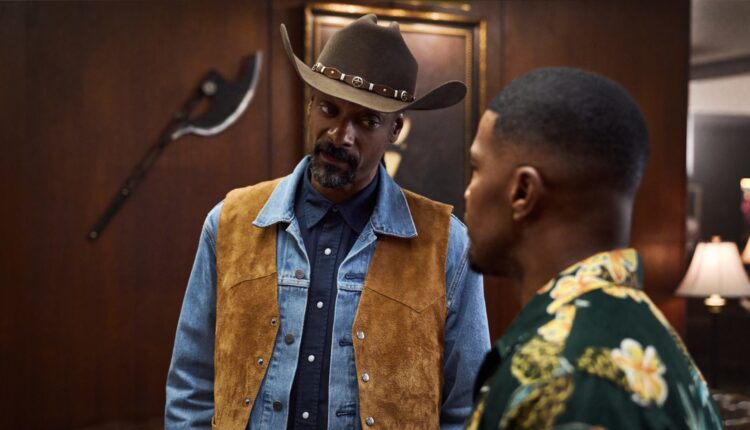 Day Shift is the newest horror action comedy to land on Netflix and it stars Jamie Foxx and Snoop Dogg as Bud and Big John, a pair of vampire hunters who roam LA in search of the fanged fiends.

Understandably, their line of work is a dangerous one and in the final act of the film, Snoop Dogg’s Big John is apparently killed off – only for it to be revealed that he’s alive in the final scene.

But just how did Big John survive the events of Day Shift and what does it mean for Snoop Dogg’s character?

Starring Jamie Foxx, the film tells the story of Bud Jablonski, a blue-collar father who provides for his family by working as a San Fernando Valley pool cleaner.

However, little does Bud’s family really know that the business is secretly the front for a union of vampire hunters who scour Los Angeles in search of the blood-sucking monsters.

When Bud’s estranged wife Jocelyn threatens to move his daughter Paige to Florida, Bud needs to earn some money fast and he seeks the help of vampire hunting pal Big John (Snoop Dogg) when he provokes the most dangerous vampire in Southern California, Audrey.

Bud angers Audrey after he kills the wrong vampire and she takes Jocelyn and Paige as revenge, forcing Bud and his allies to team up and venture into a labyrinth of tunnels beneath Los Angeles to track her down.

The gang comes under heavy attack by a group of vampires and during the skirmish, Snoop Dogg’s Big John is begging by one of the bloodsuckers.

He reassures Bud that he’s ok and that it’s just a flesh wound, but he closes a gate between them both and tells Bud to go on without him.

More vampires converge on the scene and Big John puts up a valiant effort to fight them off before he reveals a bomb vest under his coat which he detonates to kill the approaching vampires and apparently takes his own life in the process.

How did Big John Survive in Day Shift?

However, in the very last scene of Day Shift, Big John is revealed to be alive as he climbs back up into LA from the sewers.

In true Snoop Dogg fashion, he lights up a joint and says, “That’s what I love about LA, all the damn vampires,” before he strolls off into the night.

Thanks to being beg by one of the bloodsuckers in the subterranean tunnels, Snoop Dogg’s character will have been converted into a vampire himself, meaning that he is now immortal.

Day Shift is available to stream now on Netflix after releasing on August 12, 2022.

In other news, Day Shift soundtrack: Every song in Jamie Foxx vampire comedy