Housing program for local homeless students is spreading across the country 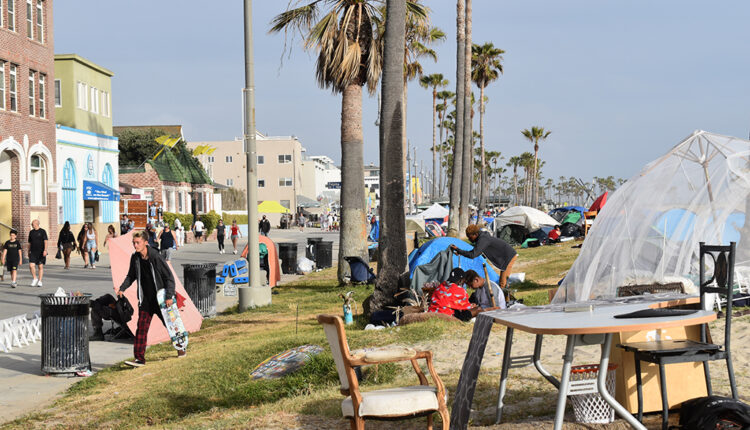 A Santa Monica-based program that hosted homeless students at UCLA is expanding into a statewide program that offers shelter in multiple locations including USC, UC Davis, and UC Santa Cruz, with UC San Diego also having its own campus Considering accommodation.

The volunteer-run Students 4 Students offers housing and care services. The accommodations provide a safe place to live, eat and share a feeling of community. The students also get a case manager who helps them create a savings plan, find employment, find suitable permanent accommodation for them and also a transition fund that helps students move from accommodation to permanent apartment with the first monthly rent and so. The program is designed to help students find permanent housing within a month or two, but they are allowed to stay for up to a full academic year.

The program began when two local students looked for opportunities to help.

In 2014, three former UCLA PhD students: Lauren Dy, Luke Shaw, and Louis Tse noticed that their colleagues often slept in their cars or in libraries, thinking that something had to be done.

They were inspired by a project at Harvard where volunteer students opened a shelter for the homeless. While this program wasn’t specifically aimed at homeless students, they took this model and tailored it to their needs.

The students eventually came to Mt. Olive and told Rev. Eric C. Shafer that they had been rejected by many other churches and synagogues. They said Rev. Shafer was the 51st person asked for help, and the Church said yes.

Shafer said Mt. Olive had an obligation to be the “church for the whole ward,” and since the place of worship had the space for service, he did so.

At that time, Bruin Shelter opened its doors in 2016. It was the first college student homeless shelter in the United States.

However, the program almost stopped shortly after it started due to problems with the development and complaints from neighbors. The church was eventually zoned so that people could stay on the property overnight. Sprinklers in the dorm room and a shower in the bathroom also had to be placed before the room could accommodate the students.

When this was completed, the church received strong support from the city council and district overseers. They also had help from an “angel,” as Rev. Shafer Michael Folonis described, who provided architectural services free of charge to the tune of $ 150,000.

“Students 4 Students is an early intervention, so it creates an opportunity where one student could otherwise all become homeless and drop out of education and school and, you know, become the candidate for chronic homelessness,” Shannan VerGow Executive Director, Students 4 students said. “So it’s an intervention that really keeps these young people from falling into chronic homelessness.”

The four shelters are managed by the Mt. Olive Lutheran Church. However, they are funded through philanthropic grants and donations backed by student volunteers.

Students 4 students had a very difficult time staying open last year due to the coronavirus pandemic.

“We had to close the Bruin shelter for the last season. We weren’t able to reopen in Fall 2020 so we instead had virtual case management where we helped students find resources and find alternative accommodation, ”VerGow said. “UCLA Health Department and Health Services just weren’t comfortable letting us open, even with limited capacity, because the COVID was such a raging fire at the time. Trojan’s Center, which opened in autumn 2019, they could stay open for the entire duration with a slightly lower capacity, so that we would have four students each instead of eight. “

UCLA will reopen on September 27, pending approval from UCLA Health, but the shelter will only be half open, which means five students will be housed. A decision is expected within 1-2 weeks, but all indications are that the shelter will open on the scheduled date. Trojan Shelter opens with four instead of eight students.

“UC Davis will open in October, and we are currently working with UC Santa Cruz to help them open Slug Shelter, which will most likely be in the next year,” said VerGow. “And I’ve already heard that. We’re interested in UC San Diego, so let’s really get the word out now.”

Students who need accommodation can go online and submit applications. Then they are interviewed by the student volunteers and the case managers; a lot is first come, first served. Once the applications are received, they will be queued, interviewed and accepted. If they don’t fit well, we’ll help you find another resource.

You can find more information about donating or getting a bed at https://www.s4sla.org/get-a-bed.