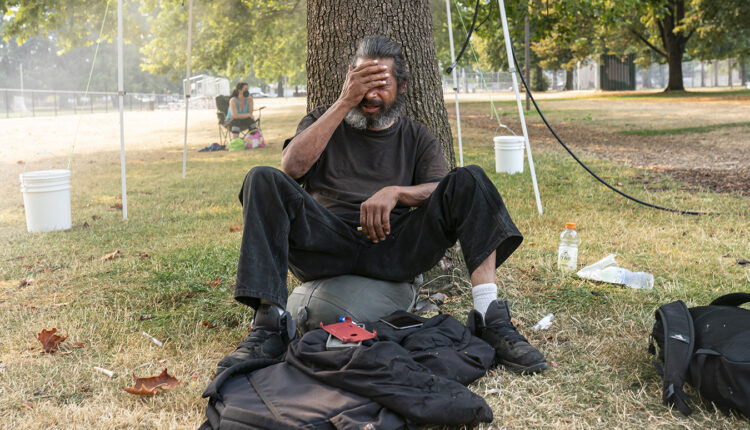 “The magnitude of the exposure, this was so far off the charts in terms of our historical experience,” said Dr. Jeremy Hess, an emergency medicine physician and professor of environmental and occupational health sciences at the University of Washington.

Doctors, nurses and hospitals increasingly are seeing patients sickened by climate-related problems, from overheating to smoke inhalation from wildfires and even infectious diseases. One recent assessment predicts annual U.S. heat deaths could reach nearly 60,000 by 2050.

For some medical professionals, this growing toll has stimulated a reckoning with the health care industry’s role in global warming. U.S. hospitals and medical centers consume more energy than any industry except for food service, according to the U.S. Energy Information Administration. Hospitals consume 2.5 times as much energy per square foot as typical office buildings, on average. They also contribute mountains of medical waste and emit atmosphere-damaging gases used in surgery and other procedures.

But the health care sector is beginning to respond. The Health and Human Services Department’s newly created Office of Climate Change and Health Equity, in addition to focusing on climate-related illness, says it will work “to reduce greenhouse gas emissions and criteria air pollution throughout the health care sector.” The office could help change regulations that restrict sustainability efforts, climate activists say.

Already, many U.S. hospitals have begun installing solar panels, while others are trying to cut surgical waste and phase out ozone-damaging chemicals. Activists are pressing for the industry to cut back on energy-intensive protocols, such as ventilation requirements that mandate a high level of air circulation, measured as air changes per hour. They say they could be reduced without harming patients.

“I think there is recognition among physicians that climate change is likely to continue and worsen over time,” said Hess. “We don’t necessarily do as much as we could otherwise to reduce our footprint and advance sustainability, and that’s where I’d like to see our health systems go.”

But the industry is moving cautiously to avoid harm to patients — and legal liability. They “don’t want to make any mistakes. And part of not making mistakes is a resistance to change,” said Dr. Matthew Meyer, co-chair of University of Virginia Health’s sustainability committee.

The University of Vermont Medical Center was one of the first U.S. hospital systems to focus on sustainability initiatives. It has succeeded in reducing emissions by roughly 9% since 2015 by renovating and building structures to be more energy-efficient and converting off-site medical centers to run 50% on renewable natural gas. One of its hospitals cut waste by more than 60% through reuse and recycling.

Managed-care nonprofit Kaiser Permanente, meanwhile, has focused on greening its energy consumption. By September 2020, all of its 39 hospitals and 727 medical offices had achieved carbon neutrality. At most Kaiser Permanente hospitals, solar panels provide one-quarter to one-third of energy needs.

Kaiser Permanente aims eventually to generate enough electricity through solar technology to eliminate the need for diesel-powered backup generators at its hospitals, which are heavily used in areas with stressed power grids. In 2017 and 2019, power company shut-offs in California forced the health network to evacuate its Santa Rosa Medical Center, and electricity was cut to its Vallejo Medical Center.

“To have those facilities be out for a week or more is just not tolerable,” said Seth Baruch, Kaiser Permanente’s national director for energy and utilities.

Increased energy sustainability has brought a small financial windfall. Kaiser Permanente saves roughly $500,000 a year in electricity costs through its grids and solar panels, Baruch said. (KHN is not affiliated with Kaiser Permanente.)

Reaching consensus on emission-lowering steps can be difficult. It took seven months for UVA’s Meyer, an anesthesiologist, to persuade his hospital to phase out most uses of desflurane, a common anesthetic that damages the ozone layer and is a potent greenhouse gas.

Meyer argued other drugs could replace desflurane. But critics warned that the most common alternatives slowed patients’ postoperative recovery, when compared with desflurane. They said there were ways to neutralize excess desflurane in operating room air without discontinuing it entirely.

The “first do no harm” ethos of medicine can also be an obstacle to the reduction of medical waste. The Joint Commission, which accredits more than 22,000 U.S. health care organizations, has in recent years pushed for hospitals to use more disposable devices instead of sanitizing reusable devices.

The commission’s primary objective is to cut hospital infections, but more disposable items means less sustainability. About 80% of U.S. health care sector emissions arise from the manufacturers, and their suppliers and distributors, including the production of single-use disposable medical equipment, according to a study.

Complicating the issue, ethylene oxide — a chemical the Food and Drug Administration requires for sterilization of many devices — has been categorized as a carcinogen by the Environmental Protection Agency. In 2019, health concerns led communities to push for the closure of facilities that use the gas, which threatened to create a shortage of clean medical devices.

Maureen Lyons, a spokesperson for the Joint Commission, said the private accreditor lacks the authority to change regulations. The procurement of disposable versus reusable devices is a supply chain issue, “not one that the Joint Commission is able to evaluate for compliance.”

For this reason, health care activists are lobbying for sustainability through policy changes. Health Care Without Harm, an environmental advocacy group, seeks to undo state rules that impose what it sees as excessively energy-intensive ventilation, humidification and sterilization requirements.

In California, the group has sought to change a medical building code adopted statewide in July that will require a higher ventilation standard at health care facilities. The group says the new standard is unnecessary. While high rates of circulation are needed in intensive care units, operating rooms and isolation chambers, there is no evidence for maintaining such standards throughout a hospital, said Robyn Rothman, associate director of state policy programs at Health Care Without Harm. She cited a 2020 study from the American Society for Health Care Engineering.

Hospital groups have resisted sustainability commitments on the grounds they will bring more red tape and costs to their hospitals, Rothman said.

The American Society for Health Care Engineering, a professional group allied with the American Hospital Association, has developed sustainability goals for reducing emissions. But existing regulations make it difficult to achieve many of them, said Kara Brooks, the group’s sustainability program manager.

For example, the Centers for Medicare & Medicaid Services requires hospitals that treat Medicaid and Medicare patients to have backup diesel generators.

“Hospitals will not be able to eliminate their use of fossil fuels based on the current regulations,” Brooks said, but “we encourage hospitals to work toward their goals within the parameters given.”