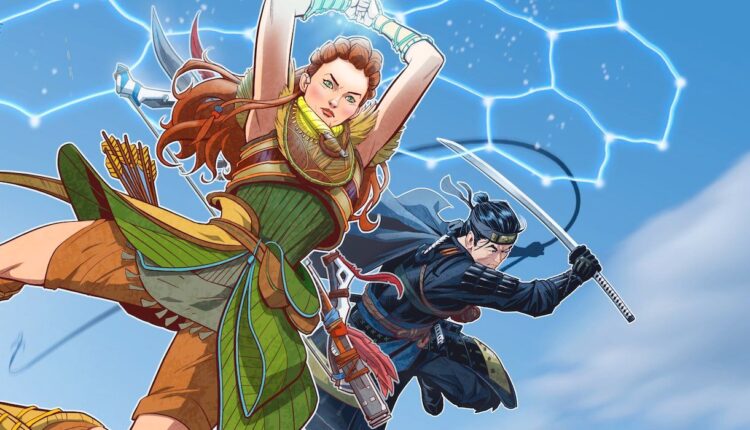 To honor the release of Horizon Forbidden Westmultiple PlayStation Studios developers have released crossover art featuring Aloy and other iconic heroes. Guerrilla Games’ sequel to 2017’s Horizon Zero Dawn sees Aloy enter a dangerous new region on a quest to save the world from a mysterious plague. Reviews for Horizon Forbidden West have given the game high praise, as have Guerrilla Games’ PlayStation Studios peers.

Sony’s PlayStation Studios division is a large group of game studios who are directly owned by the entertainment juggernaut. These teams create games exclusively for PlayStation consoles, and they have become well-known for their collaborations and camaraderie. One notable PlayStation Studios developer is Guerrilla Games, known for creating the Killzone franchise before moving on to Horizon Zero Dawn and Forbidden West. Other esteemed members include Days Gone’s Bend Studio, God of War’s Santa Monica Studio, Ghost of Tsushima’s Sucker Punch Productions and The Last of Us’ Naughty Dog. Crossovers between these popular creators, like Aloy’s Horizon Forbidden West armor in Ghost of Tsushima, demonstrate the mutual respect and admiration within the PlayStation Studios family.

Related: Ghost of Tsushima Gets Crossover Costumes From God of War, Horizon, And More

To celebrate the February 18 launch of Horizon Forbidden West, multiple PlayStation Studios developers have revealed artwork of Aloy crossing over with their own beloved titles. A piece of animated artwork from Bend Studio sees Aloy ride a robotic Charger with Days Gone protagonist Deacon St. John beside her on his motorcycle. Meanwhile, a cartoonish illustration from Santa Monica Studio sees Aloy admiring a bow alongside God of War’s Atreus and Kratos. Aloy also meets up with Ghost of Tsushima’s Jin Sakai, the two leaping into action in art from Sucker Punch Productions. Finally, a piece from Naughty Dog sees Aloy back-to-back with fellow fearless warrior Ellie from The Last of Us.

Alongside official crossover art, fan creations like a Horizon Forbidden West DLC concept for God of War also bring together the PlayStation Studios family’s properties. The Horizon and God of War series have many similarities, including an emphasis on bow and arrow combat and a general post-apocalyptic atmosphere. However, Guerrilla Games’ Horizon titles form a sci-fi saga, while Santa Monica Studios’ God of War is based on ancient Norse mythology. The proposed DLC would combine both settings, allowing Aloy to fight machines with the legendary Leviathan axe.

Horizon Forbidden West is a highly-anticipated sequel, with both fans and Guerrilla Games’ friends expressing excitement at the title’s launch. The PlayStation Studios developers often pay homage to each other, and the various pieces of crossover art are the perfect way to celebrate a brand-new single-player adventure coming to Playstation consoles.

Next: Horizon: Forbidden West Review – A Superb Sci-Fi Sequel Worth Waiting For

Thomas McNulty is an avid reader, writer, game player and movie watcher from New Jersey. Movies, TV shows, video games, books and pop culture are personal passions, and he is thrilled to be writing about those topics that are so near and dear. If someone has a story to tell, they should be able to tell it. He is committed to delivering accuracy with every article and staying true to his voice.