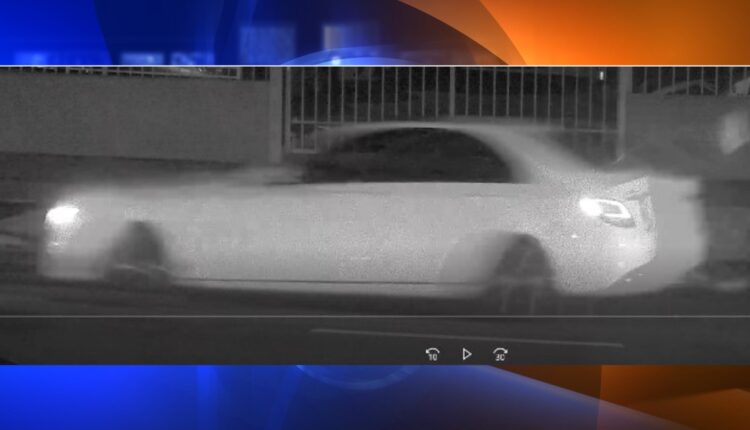 Detectives from the West Traffic Division of the Los Angeles Police Department are looking for the driver of a white Mercedes-Benz they believe was involved in a hit-and-run Saturday morning.

The car, which police believe is a 2017-19 white four-door Mercedes C-Class, was driving west on Santa Monica Boulevard off El Centro Avenue at 6:05 a.m. on Saturday when it hit bumped into a person standing next to a parked vehicle on the north side of Santa Monica Boulevard, police said.

The driver of the Mercedes did not stop to help the person seriously injured in the collision, but drove west on Santa Monica Boulevard, the police said.

The police did not provide any information about the identity or health of the victim.

Correction: A previous heading for this article misidentified the neighborhood involved in the story. The heading has been updated.