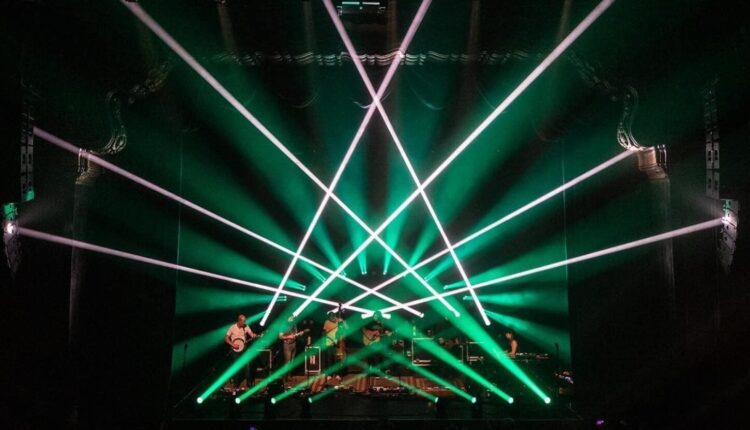 See a clip of GSBG and Holly performing “All Four”.

Greensky Bluegrass continued their Fall 2021 tour at the Fonda Theater in Los Angeles on Friday. As the night before in San Diego, the quintet welcomed keyboardist Holly Bowling for the entire second movement and the encore.

Holly started the evening with her instrumental renditions of a selection of Phish and Grateful Dead melodies. The keyboardist opened with “Cassidy” written by Bob Weir / John Perry Barlow, followed by Phish’s “Sand” and “Taste”. Bowling would also deliver “Althea” before it ends with “The Squirming Coil”.

Greensky Bluegrass started their first set with a pairing of “Hold On” and a cover of “Handle With Care” by Traveling Wilburys. guitarist Dave Bruzza then led the band through “A Letter To Seymour”, followed by two songs from All For Money from 2019 on the title track and “Ashes”. “200 Miles From Montana” then introduced a cover of Peter Tosh’s “Stop That Train”. Next up was “Jaywalking” in front of the set, “Monument”, the first single from the quintet’s upcoming album, Stress Dreams.

Holly then joined the band for the entire second set, which began with another All For Money cut, “Murder Of Crows.” The classic “Old Barns” followed before “All Four” and “Who Is Frederico?” After “Room Without A Roof”, Greensky and Bowling began a set-closing section with “The Four”. A cover of The New Basement Tapes – a supergroup consisting of Jim James, Elvis Costello, Marcus Mumford, Taylor Goldsmith and Rhiannon Giddens – “When I Get My Hands On You”, which contains lyrics by Bob Dylan, is considered the penultimate song of the second Sets before the collaborators finish it off with Run Or Die. Holly returned with GSBG for an encore from singer-songwriter Joshua Davis’ “Dustbowl Overtures”.

Check out an audience-recorded clip of GSBG’s “All Four” starring Holly Bowling below:

Set 1: Hold On> Handle with Care, A Letter to Seymour, All for Money, Ashes, 200 Miles from Montana Stop that Train, Jaywalking, Monument

Holly Bowling at the Fonda Theater