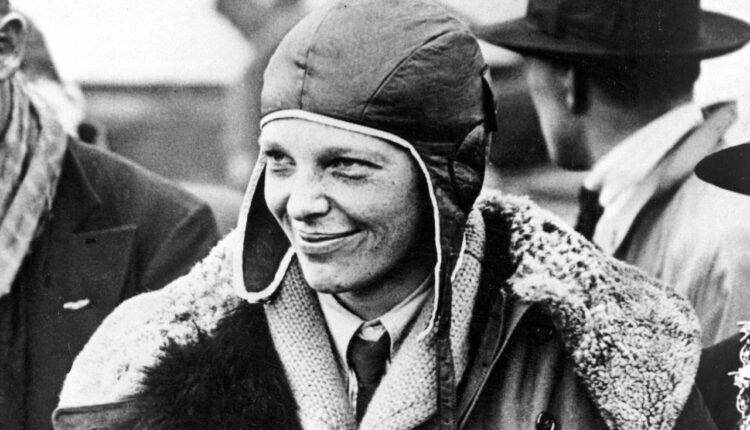 A leather helmet that Amelia Earhart wore on a flight across the Atlantic in 1928 and later lost in a crowd of fans in Cleveland has sold at auction for $825,000.

The helmet went to an anonymous bidder in an online-only sale that closed Sunday, a spokesperson for Heritage Auctions said.

The seller was Anthony Twiggs, a 67-year-old Minnesotan who had tried for years to prove that the leather aviator’s helmet he inherited from his mother was really Earhart’s.

Earhart was just a passenger in June 1928 when she became the first woman on board a plane crossing the Atlantic. Photos shot before and after the flight show her wearing a jaunty leather helmet or flight cap.

Earhart wore the same helmet the following year in the Women’s National Air Derby, an all-female race from Santa Monica to Cleveland. Thousands of spectators greeted the famous aviator when she landed her single-engine Lockheed Vega at the Cleveland airfield, and she lost the helmet in the crush.

Twiggs’ mother, Ellie, was in the crowd along with a group of school friends, according to a story that Twiggs recounted to The New York Times. Ellie told her family that a boy who liked her said he had found Earhart’s leather helmet on the ground and wanted to give it to her.

Twiggs inherited the helmet after his mother’s death more than 20 years ago but had a difficult time convincing experts that it really had belonged to Earhart, who disappeared over the Pacific Ocean in 1937.

That changed last fall when Twiggs succeeded in using photo matching technology to authenticate the helmet, which exactly matched the one seen in the 1928 photos, the Times said.

Attempts by The Associated Press to reach Twiggs on Wednesday were unsuccessful. Phone numbers listed for him were not in service.

Twiggs told the Times before last weekend’s sale that he was relieved that his mother’s story turned out to be true.

“My mother kept it for Amelia. She thought it was the neatest thing. It was never about that boy she wouldn’t even name,” Twiggs said. “He didn’t impress her that much, but the helmet did.”