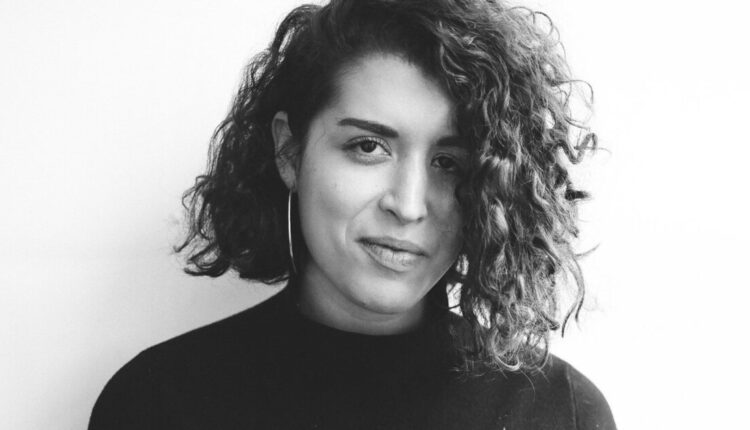 Welcome to Essential Arts! I’m Paula Mejía, the new arts editor at the LA Times, and I’ll be filling in for Carolina A. Miranda this week.

While waiting for my worldly possessions to arrive from my home state of Texas, I’m using a pile of books on Los Angeles (I’m rereading Mike Davis’ must-see “City of Quartz” – what’s your favorite?) Makeshift bedside table and writing this newsletter while using two pillows instead of a desk. I am honored to direct our coverage of art from one of the world’s most vibrant and idiosyncratic cultural epicentres, a city I have adored since I first set foot in it a decade ago.

Your must-have guide to the LA arts

Get Carolina A. Miranda’s weekly newsletter for breaking news, openings, reviews, and more.

Several friends born and raised as Angelenos have kindly shown me some of Los Angeles’ most popular icons over the years – including Barnsdall Art Park, Clifton’s Cafeteria, Stahl House, Grand Central Market, and the late Smog Cutter – each of which has moved me in different ways. However, the Griffith Observatory became one of the first places I was drawn to alone. Every time I visited Los Angeles, it became a ritual to grab a chocolate and peanut butter shake from Fred 62 before snaking up the hill for a meditative moment to myself. As often as I’ve been to the observatory at sunset, it still feels like a miracle to stand up there and look into the glittering expanse. Before he stepped down from The Times last year, columnist Chris Erskine described the view as follows: “You can smell sage in the canyons. You can watch the shiny half smile of Santa Monica Bay. And the lights of the city, the glowing embers of another long SoCal day, not so different from the laden sky. ”I am still overwhelmed by this place, which, like my hometown Houston, often appears spacious and obscure at first glance appears.

What draws me to the Los Angeles Times and the role of arts editor right now is a sense of urgency. It’s a busy time for the southern California art world as actors, dancers, and musicians carefully re-enter stages like the Walt Disney Concert Hall. Large and emerging institutions such as the new Academy Museum of Motion Pictures are opening their doors.

There is a lot to be happy about, and you have to be skeptical too. Do institutions of the performing and visual arts actively support and reflect on their communities after the racial considerations that came to a head in the summer of 2020 and the decisive discussions about harassment and discrimination, as manifested in museum galleries and concert halls? How does art lead to conversations and ruptures within our culture and how can artists be enabled to continue to open up new possibilities of expression? As we head back to experiencing the arts beyond our screens, I hope that you will come back to our reporters and critics as a resource, share your experiences and tell us what you would like more to see in the section.

A little bit about myself: Before joining The Times, I was the arts editor of Texas Monthly, where I directed film, music, television, sports, and religion as well as reporting on the arts. Under my direction, we’ve published stories as diverse as an oral story from Houston’s resident avant-garde-performance-art-meets-funhouse, Houston, and an extensive editorial package showing Selena Quintanilla Pérez’s influence on fashion, music and culture on what should have been celebrating her 50th birthday. As an author, I unpacked the gnarled story of one of my formative creative writing mentors, whose life story turned out to be fiction; Break news about the high-rise development that is creeping into James Turrell’s Skyspace in MoMA PS1 and how Angelo Badalamenti’s score for the cult TV show “Twin Peaks” looked like – you guessed it – two mountain peaks; explores why online sellers like Etsy are selling tumbleweeds plucked from the desert; and pursued the ongoing pull of southern California mall goth giant Hot Topic. I am happy to be here with you!

Now I’m handing matters over to Craig Nakano, assistant editor of the Times’ entertainment and arts team who will be covering the week on cultural news.

How quickly did SoCal’s classical music scene pick up speed? Don’t look at the stages; Just have a look in our mailbox. So much. Occurrence. Yes, dear readers, critic Mark Swed was a busy, busy man. No, we cannot clone it.

Swed’s calendar included the Igot Levit recital in the historic Thomas Mann House, the home of “Death in Venice” and “Doctor Faustus” authors in 1941 and a meeting place for literary luminaries of the time. Apart from how Levit conjures up Mann’s Wheelock piano – returned to LA after a 70-year absence – Swed captures the spirit of the house and imagines Arnold Schönberg, Igor Stravinsky, Bruno Walter, Otto Klemperer, Arthur Rubinstein and Hanns Eisler collect walls in it. Bertolt Brecht and maybe also Ernst Krenek and Darius Milhaud. It’s a nice read with some nice photos of Jason Armond.

This follows Swed’s review of the sold-out climate opera Sun & Sea, a devastatingly impactful piece of environmental art jointly presented by the Museum of Contemporary Art, the Hammer Museum and the Center for the Art of Performance at UCLA. In brief: Reviews of LA Opera’s “Tannhauser” and Steve Mackey’s new Trumpet Concerto, which will be premiered at the Walt Disney Concert Hall. Published on Monday: Swed’s interview with Gustavo Dudamel on the pandemic loss and its impact on the sound of the LA Phil. As I said, busy busy.

Daniel Hernandez looks back on the replica of the Great Temple of the Aztecs, which was built in the central square of the capital during the summer. Was the massive video light installation part of a decolonization movement that rightly highlighted the country’s indigenous roots, or was it an attempt to rewrite Mexican history? 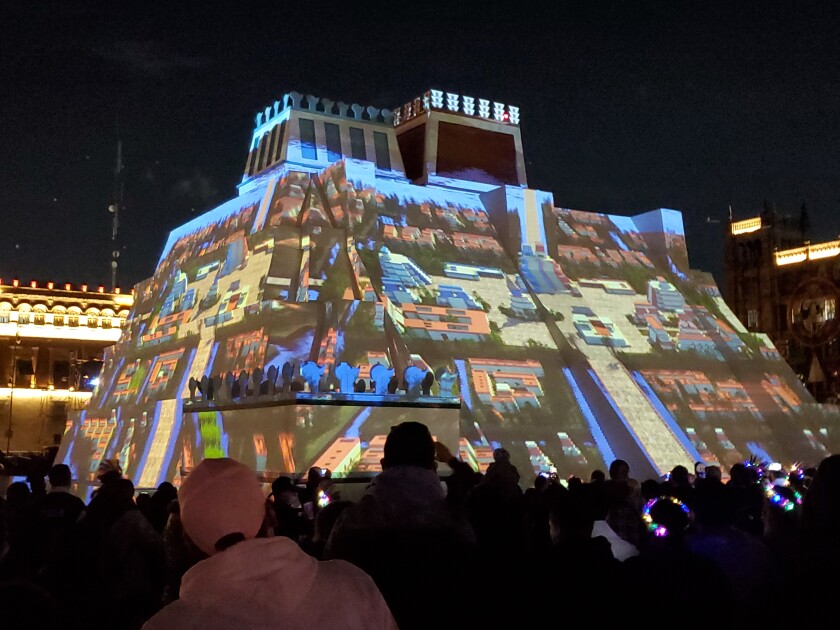 A 15-meter-high replica of the Templo Mayor pyramid in the central square of Mexico City, illuminated with video art.

Great week for local art news too. UCLA announced that it is selling a wonderful 1930 Picasso painting in the collection of the Hammer Museum, which is expected to raise $ 6-8 million for the university at auction. He’s been very critical of the museum’s recent rush for Deaccession artwork, so critic Christopher Knight may have surprised many readers with his verdict on the Hammer Plan: Smart Move.

Knight also has a recommendation for your cultural calendar: The smart and effective show “The Last Cruze” by photographer LaToya Ruby Frazier in the California African American Museum. What makes the exhibit – about the closure of a GM plant in Lordstown, Ohio – so effective is “the feeling of intimacy that must be carefully created,” writes Knight, and an empathetic understanding of the very human workers who – past tense – on the assembly line.

In the downtown gallery Luis De Jesus Los Angeles, Carolina A. Miranda discovers the wondrous watercolors by the artist Karla Diaz, whose stroke in 2017 forced her not only to learn to draw anew, but also to struggle with insomnia. The late nights made Diaz go deeper and the artist channeled a powerful exploration of life and death in paintings. Go.

The fallout of a professor at the University of Michigan, who showed the film adaptation of “Othello” with Laurence Olivier in Blackface, caused not unexpectedly divided opinions. Theater critic Charles McNulty gets involved – and gets right to the point by opening his play with: “Last spring I included the 1965 film“ Othello ”with Laurence Olivier in Blackface in my Shakespeare on Stage and Screen curriculum . You may be wondering why I openly admit my academic crime. ”Click here to read McNulty’s response.

The Ahmanson Foundation, once the largest donor of European paintings and old master sculptures to the Los Angeles County Museum of Art, announced that it will fund art purchases at the Huntington Library, the Art Museum and the San Marino Botanical Gardens instead. Deborah Vankin has the story.

If you’re not familiar with WriteGirl, Robey Theater, Santa Cecilia Orchestra, or Tia Chuchas Centro Cultural, check out Jessica Gelt’s post on Organizations pandemic recovery. They are among 90 arts organizations that collectively receive $ 36.1 million from the LA Arts Recovery Fund.

The Plaza Theater, the downtown Palm Springs stage that was home to artists such as Bing Crosby and Bob Hope and later home to The Fabulous Palm Springs Follies, received a maintenance boost this week. “Frasier” co-creator David Lee has pledged $ 5 million for the restoration and renovation, says Gelt.

If you’re last minute for something to do this weekend, lists coordinator Matt Cooper has suggestions like an August Wilson revival in Pasadena, a Linda Ronstandt tribute to La Marisoul in Northridge, a social justice by Chiara Atik drama in Atwater, Kristin Chenoweth and Megan Hilty in Costa Mesa and Margaret Cho in La Mirada. But wait, there’s more.

Cooper’s list of 13 SoCal Halloween events, from trick-or-treating at Union Station in LA to Zombie Joe’s 17 and older “Urban Death Tour of Terror” (what’s that for range?) Is here.

And there’s always our list of the latest LA and OC museum exhibits to see in October.

Friends, employees and customers shared their memories of gallery owner and philanthropist Margo Leavin, who died at the age of 85. If you missed Gelt’s extended obituary, you can read it here.

Last but not least …

One of the most common complaints we hear is that with so many articles flowing through the Times website each week, some readers are having trouble locating the art material. Some helpful (hopefully!) Abbreviations:

You can always find our latest art stories at latimes.com/arts. And our themed pages are back! You can bookmark these special pages for coverage of art, architecture, classical music, theater and dance, books and activities.