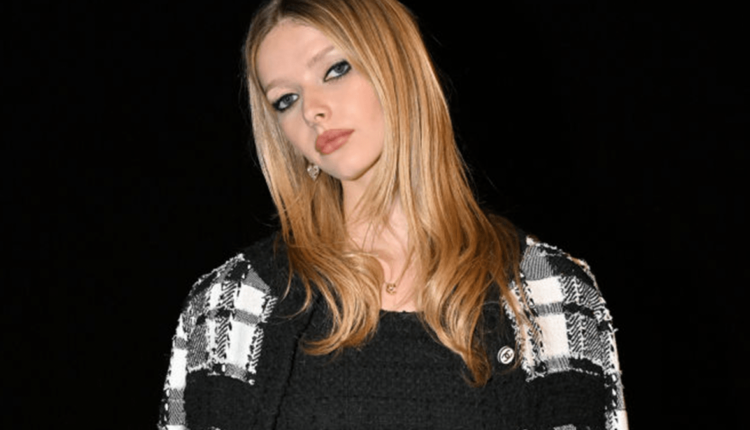 The apple doesn’t fall far from the tree.

Apple Martin looked like the spitting image of her mom Gwyneth Paltrow as she made her Paris Fashion Week debut on Jan. 24. While eyeing the Chanel Haute Couture spring/summer 2023 show from the front row, the 18-year-old had her own fabulous style moment.

For the special occasion, Martin dressed in a chic black-and-white Chanel outfit that consisted of a tweed jacket with pearl-embellished buttons and a matching high-waisted miniskirt. She paired her co-ord set with a black tank top, chunky loafers and a crossbody bag.

Apple’s glam was also noteworthy, as she opted for a bold makeup look that featured heavily rimmed eyeliner and an overlined pout in a matte nude lipstick shade. If anything, the look was reminiscent of her mom’s red carpet beauty in the late ’90s. Another nod to Paltrow’s signature style was Martin’s hair, which she parted down the middle in loose waves.

Despite Martin’s similarities to the Goop founder, make no mistake that she stepped into her own spotlight for the luxury brand’s presentation.

“Karl Lagerfeld met Apple Martin when she was 4 years old and declared that one day she’d be a Chanel girl,” fashion television personality Derek Blasberg recalled on Twitter. “It happened today!”

And of course, Martin—who is also the daughter of Coldplay’s frontman Chris Martin—wasn’t the only celeb to wow during Paris Fashion Week.

(E!, Peacock and NBC are all part of the NBCUniversal family.)