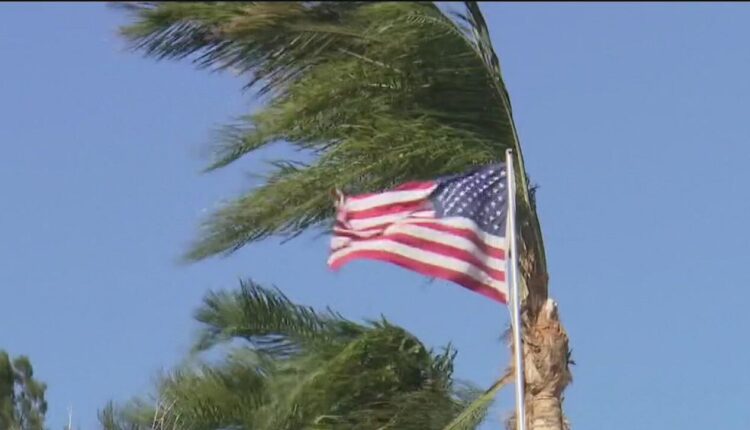 A wind warning applies to parts of Los Angeles County from 3:00 a.m. this morning through 2:00 p.m. Friday.

Forecasters did not issue any warning messages, but predicted increased to briefly critical fire weather conditions.

Record high temperatures were forecast for most coastal and valley locations by Friday.

The latest forecast for the Greater Los Angeles area, including beaches, valleys, and desert areas.

A slow cooling trend will begin on Sunday as the high pressure that creates the offshore winds ease, but temperatures will stay above normal until early next week, the National Weather Service said.

The wind recommendation is for the mountains of Los Angeles County with the exception of the Santa Monica Range.

Winds from the northeast are expected to be between 20 mph and 30 mph with gusts up to 80 mph.

According to the National Weather Service, gusty winds can blow over unsecured objects and make driving difficult, especially for high-profile vehicles. Branches can be blown over and power outages can occur.

The strongest winds will be in the Santa Clarita Valley, northwestern San Fernando Valley, and the Santa Susanna Mountains.

CNS contributed to this report.