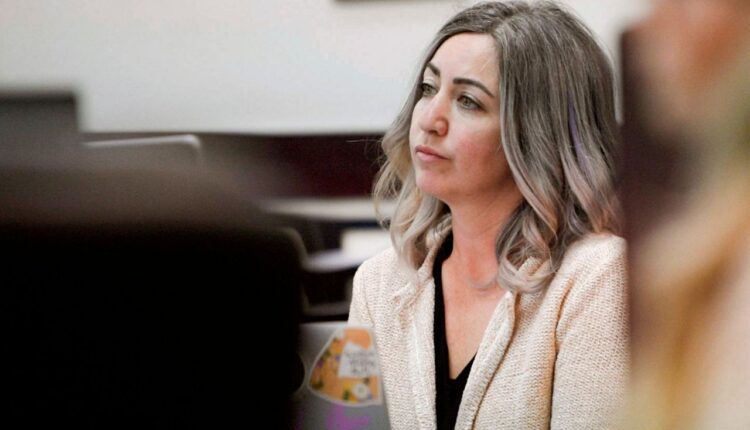 NASHVILLE, Tenn. (AP) — The moment nurse RaDonda Vaught realized she had given a patient the wrong medication, she rushed to the doctors working to revive 75-year-old Charlene Murphey and told them what she had done. Within hours, she made a full report of her mistake to the Vanderbilt University Medical Center.

Murphey died the next day, on Dec. 27, 2017. On Friday, a jury found Vaught guilty of criminally negligent homicide and gross neglect.

That verdict — and the fact that Vaught was charged at all — worries patient safety and nursing groups that have worked for years to move hospital culture away from cover-ups, blame and punishment, and toward the honest reporting of mistakes.

The move to a “Just Culture” seeks to improve safety by analyzing human errors and making systemic changes to prevent their recurrence. And that can’t happen if providers think they could go to prison, they say.

“The criminalization of medical errors is unnerving, and this verdict sets into motion a dangerous precedent,” the American Nurses Association said. “Health care delivery is highly complex. It is inevitable that mistakes will happen. … It is completely unrealistic to think otherwise.”

Just Culture has been widely adopted in hospitals since a 1999 report by the National Academy of Medicine estimated at least 98,000 people may die each year due to medical errors.

But such bad outcomes remain stubbornly common, with too many hospital staffers convinced that owning up to mistakes will expose them to punishment, according to a 2018 study published in the American Journal of Medical Quality.

More than 46,000 death certificates listed complications of medical and surgical care — a category that includes medical errors — among the causes of death in 2020, according to the Centers for Disease Control and Prevention’s National Center for Health Statistics.

“Best estimates are 7,000-10,000 fatal medication errors a year. Are we going to lock them up? Who is going to replace them?” said Bruce Lambert, patient safety expert and director of the Center for Communication and Health at Northwestern University.

Murphey was admitted to the neurological intensive care unit on Dec. 24, 2017, after suffering from a brain bleed. Two days later, doctors ordered a PET scan. Murphey was claustrophobic and was prescribed Versed for her anxiety, according to testimony. When Vaught could not find Versed in an automatic drug dispensing cabinet, she used an override and accidentally grabbed the paralyzing drug vecuronium instead.

Such mistakes often end up in malpractice lawsuits, but criminal prosecutions are rare. After Vaught was charged in 2019, the Institute for Safe Medical Practices issued a statement saying it had “worrisome implications for safety.”

“In an era when we need more transparency, cover-ups will reign due to fear,” the statement read. “Even if errors are reported, effective event investigation and learning cannot occur in a culture of fear or blame.”

Many nurses are “already at their breaking point … after a physically, mentally and emotionally exhausting two years caring for patients with COVID,” said Liz Stokes, director of the American Nurses Association’s Center for Ethics and Human Rights. Vaught’s prosecution gives them one more reason to quit, she said.

Vaught was steeped in the idea of ​​Just Culture and says she has “zero regrets” about telling the truth, but her candor was used against her at trial. Assistant District Attorney Brittani Flatt quoted from her interview with a Tennessee Bureau of Investigation agent in closing arguments: “I definitely should have paid more attention. I should have called the pharmacy. I shouldn’t have overridden, because it wasn’t an emergency.”

It is easy to judge Vaught’s actions in retrospect, Lambert said, but overrides and workarounds are an extremely common part of healthcare, he said: “This is typical, not aberrant or bizarre, behavior.”

Meanwhile, Vaught’s honesty about her mistake has already brought about safety improvements, and not just at Vanderbilt. Because vecuronium should only be used on patients who have a breathing tube inserted, some hospitals have moved it and other paralytic drugs out of automatic dispensing cabinets.

“At my hospital, they’ve changed their policy and put paralytics into a rapid intubation kit because of this,” said Janie Harvey Garner, who founded the nurse advocacy organization Show Me Your Stethoscope. She said that because Vaught owned up to the mistake, Murphey’s death “has probably saved lives.”

While Murphey’s death may serve as a cautionary tale for other nurses, Vaught, now awaiting a sentence of up to eight years, told The Associated Press in an interview that she thinks about her patient every day.

Vaught, 37, discovered that she and Murphey lived in the same small community of Bethpage, about an hour northeast of Nashville, and that she and members of Murphey’s family have mutual friends. It would only be a matter of time before she met one of them in person.

“I’ve imagined so many times how I would feel if this were my grandma, my family member, my husband,” she said.

Recently, while buying farm supplies, she was talking with the young man behind the counter when he recognized her, and told her he was Murphey’s grandson. Instead of reproaching her, he ended up comforting her and patting her on the shoulder, she said.

“Hey, what a child. He was so incredibly kind,” Vaught said. “I took his grandma away, and he just kept telling me to take care of myself. There are good people in this world.”

Copyright 2022 The Associated Press. All rights reserved. This material may not be published, broadcast, rewritten or redistributed without permission.