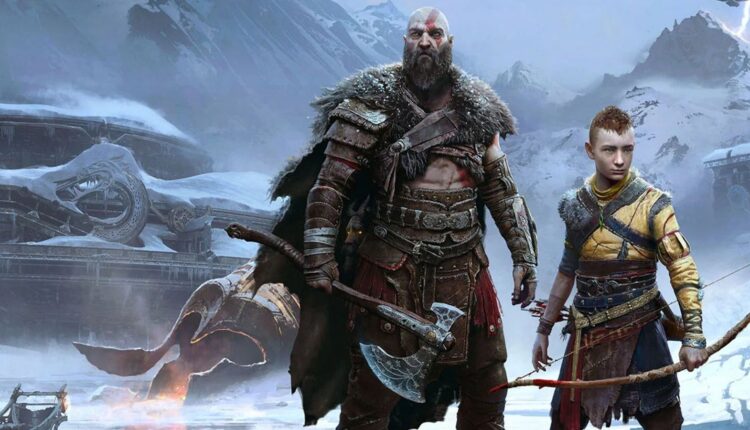 Fans debate whether the designs for Kratos’ ax and daggers were better in 2018’s God of War reboot than those used in God of War Ragnarok.

God of War fans are comparing the weapon design for Kratos’ ax and daggers between the 2018 reboot and its sequel. God of War Ragnarok is set several years after the events of the original game, and both Kratos and Atreus have aged to an understandable degree. Kratos’ weapons, however, have gone through a much more perplexing change. It’s a dramatic enough redesign that those that have played God of War Ragnarok have decided to talk about which weapons they prefer.

It’s not actually odd that God of War Ragnarok features updated designs for both Kratos’ ax and blades. It’s been four years since the release of God of War and God of War Ragnarok is being primarily developed for a much more powerful console. Sony’s Santa Monica Studio assuredly updated the assets for the weapons in line with adjusted design philosophies, new art team hires, and increased graphics capabilities.

Whatever the reason, God of War Ragnarok’s weapons for Kratos have been changed in some interesting ways, and fans are divided on whether they’re better or not. Discussed on Reddit, the top-voted comment says that they like the new changes, but one detail seems off to them. The updated weapons have changed the color of the gold accents across both weapons. It’s not just Kratos’ weapons, though. It’s also Mimir’s horns, and all gold in God of War Ragnarok. The weapons just seemingly draw a lot of attention.

Another fan says they think the blades look better in God of War Ragnarok while the ax looks better in the 2018 game, though some say the reverse. Some go so far as saying that all the weapon and armor designs in Ragnarok are a step back. A common sentiment is that the older designs were more intricate and thematically appropriate for the Norse setting, versus the bolder and larger lines of God of War Ragnarok’s detail-work.

What Santa Monica Studio can proudly recognize is that no one in the comments went so far as to say they preferred Kratos’ weapons from before the reboot. While players can disagree about the specifics of weapon design between the two games, few would argue that Santa Monica Studio didn’t do excellent work on both games.

It seems likely that more God of War games will be made in the future, so perhaps players will get the opportunity to compare Ragnarok’s weapons to those in future games, too. Kratos can’t seem to escape his weapons, though it doesn’t help that they magically return to him.

God of War Ragnarok is available now on PS4 and PS5.