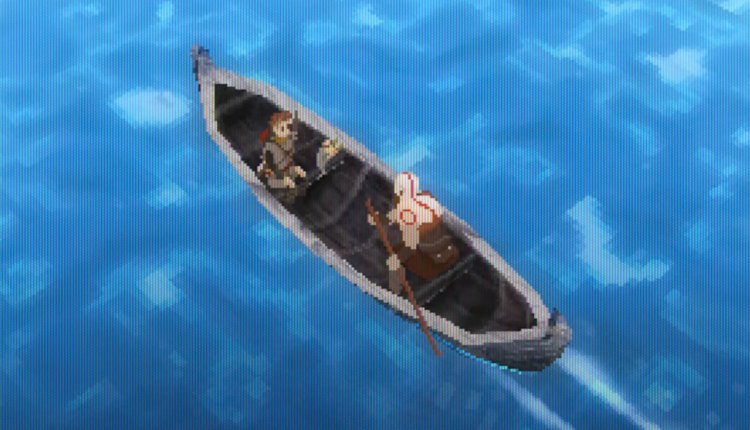 In homage to new and old PlayStation consoles, a fantastic Demake video from 2018 turns God of War into a retro RPG adventure.

A 64-bit demake from 2018 God of War, which turns the mythological action game into a radical retro adventure, has been approved by developer Santa Monica Studio. In the latest part of the epic saga, the protagonist Kratos and his son Atreus embark on a daunting journey through the world of Norse mythology. The 2018 title placed great emphasis on both brutal combat and emotional narrative, and its success had resulted in an abundance of God of War fan art as tribute.

While previous entries in the series focused almost entirely on relentless hack-and-slash battles and massive boss fights, 2018’s God of War added plenty of nuances to the franchise. Kratos is no longer a mindless killing machine as he is now busy raising his son Atreus and making sure history doesn’t repeat itself. Atreus meanwhile has to grapple with his divine inheritance and go his own way as the duo encounter the gods of Asgard. The game’s emotional, fun, and often epic quest has inspired many gamers and resulted in a number of artistic tributes. Fanart and cosplay are rampant, while a sand sculpture by God of War’s Kratos honors the Sony Santa Monica title in a novel way.

Related: The Last of Us fan imagines if God of War’s Kratos had raised Ellie

YouTube channel 64 Bits recently paid homage to God of War by turning the PlayStation 4 hit into a classic PlayStation 1 title. The nostalgia is felt right on the blocky title screen, and an adorable loading screen with Mimir only adds to the retro feel. God of War’s iconic boat trips around the Lake of the Nine, accompanied by folk tales and legends, are portrayed before Kratos and Atreus go into battle with a group of enemies. 64 Bits replaces the fast-paced battle of the 2018 title with an old-school turn-based system that allows Kratos and Atreus to attack together to defeat a mighty ogre. When God of War developer Sony Santa Monica came across the retro replica, he replied on Twitter on 64 bits to express his admiration for the demake.

That’s incredible! The small swirl of arrows at the end with Atreus 😭

64 Bits turned God of War into an authentic retro video game, and fans will soon have their own opportunity to transform Kratos and Atreus’ adventures. It has been announced that the 2018 edition will be released on PC on January 14th, 2022, and God of War PC mods promise to change the experience dramatically. Players have already started imagining a variety of different mods, such as giving Kratos a lightsaber or turning the father-son duo into Mario and Baby Mario. With God of War Ragnarök also slated for a release in 2022, the PC version of the predecessor should be a great way to keep fans going.

Upon its release in 2018, God of War immediately became a PlayStation 4 classic for franchise fans and first-time gamers alike. The game successfully combines deep battles with engaging narration and offers a Nordic-inspired adventure like no other. 64 Bits has successfully translated the tone and art style of the title into its retro PlayStation 1 demake, showing how far the PlayStation brand has come from its inception.

Next: God of War director pokes fun at the boxing art of rip-offs

Thomas McNulty is an avid reader, writer, gamer, and movie watcher based out of New Jersey. Movies, TV shows, video games, books, and pop culture are personal passions, and he is thrilled to write about these topics that are so close to his heart. If someone has a story to tell, they should be able to tell it. He strives to provide accuracy with every article and to remain true to his voice.

Photos: is the port less crowded? It depends on who you ask