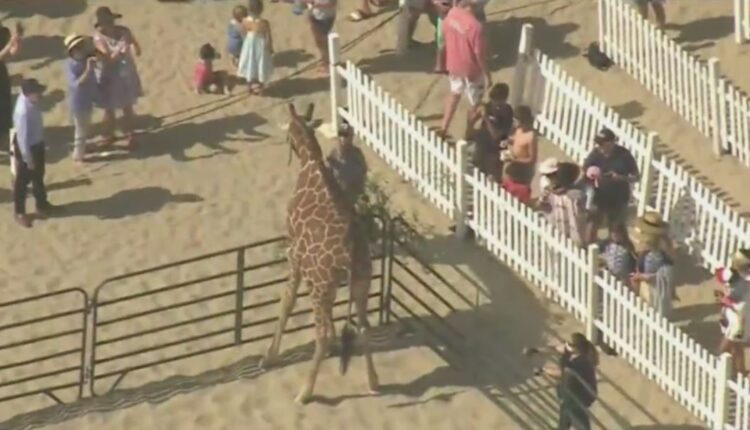 The giraffe was placed in an enclosure for some sort of Labor Day event on the beach near the pier.

CONTINUE READING: Several injured after a car crashed into a Koreatown homeless camp

Sky2 flew over the scene, capturing shots of people approaching up close, and some even took selfies.

CONTINUE READING: The Hollywood police pursuit ends in a violent wreck, with no serious injuries

A cell phone video showed the giraffe being led through the sand by its carers.

It wasn’t immediately clear who owned the giraffe or why exactly it was being brought to the beach.

The Pandemic Almost Killed Allie. Her Community’s Vaccination Rate Is 45%.