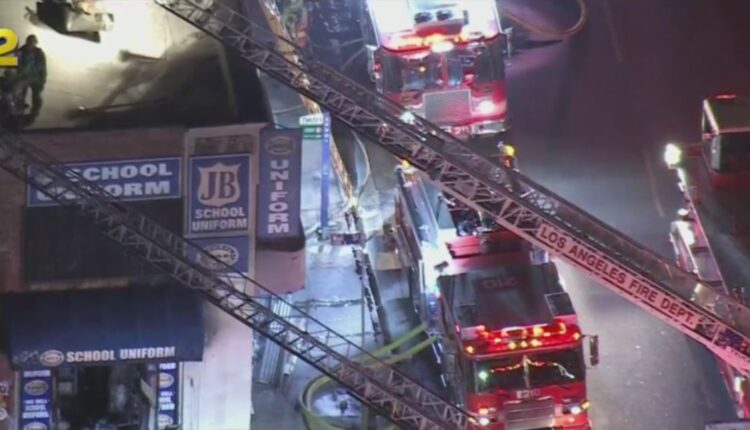 CONTINUE READING: One dead, 4 wounded in gunfight aboard Greyhound bus in Oroville

The fire was first reported just before 4 a.m. in the two-story building on the 1300 block of South Wall Street.

According to the Los Angeles Fire Department, the fire started as an outdoor garbage fire that somehow spread to the mall.

It took around 80 firefighters a little over an hour to bring the fire under control. The fire was contained to a uniform supply store located in a corner unit of the building, LAFD said.

The fire damaged the store’s ground floor and mezzanine. The amount of damage has not been confirmed.

Crews were expected to remain on site for several hours to carry out overhaul work.

The exact cause is being investigated.