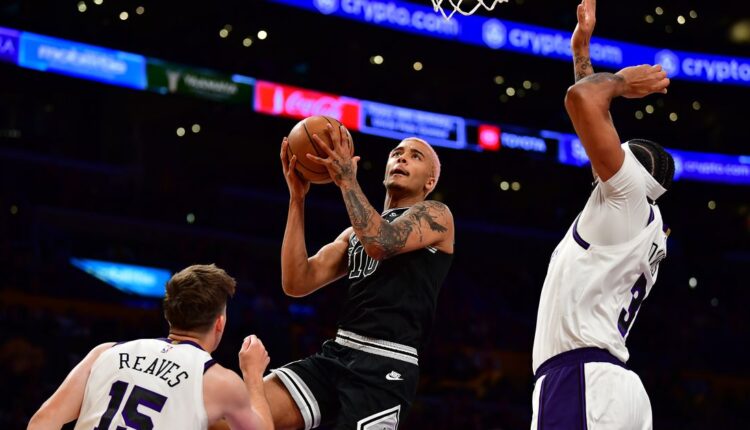 The losses and the injuries have just kept on coming for the San Antonio Spurs. And while some of the injuries may be of the ethereal nature, the losses most certainly haven’t been, with the Spurs in the midst of their longest losing streak since November of 2020, and before that 2011 (coincidentally the longest losing streak of the Tim Duncan era).

Thankfully their next opponents on deck are the incredibly (and perhaps incurably) out-of-sorts Los Angeles Lakers. With Anthony Davis and LeBron James rarely on the court at the same time, and the Russell Westbrook contract taking a toll on roster flexibility, the Lakers have yet to win a single road game this season, going 0-6 in their attempts thus far.

It’s a rare clear advantage for the Spurs in the midst of this rough stretch (and at home, where they are 3-6), even if Anthony Davis has spent the last several games summoning visions of himself at his New Orleans best, and probably their best chance at snapping their current losing streak until they see the Lakers again on Saturday.

It’s hard to pick a clear advantage for either team in this one, with both teams sitting in similar slots at, or near, the bottom of most statistical categories; advanced and traditional. However, the Spurs are currently sitting around the middle of the league in three-point percentage and makes three-point, while the Lakers appear to be on the brink of setting modern records for futility in that area.

That at least provides a possibility that the Spurs could get hot from beyond the arc and leave arguably the league’s most beleaguered offense in the dust. But then, the Lakers have still managed to piece together a top-ten defense this season in spite of their other dysfunctions, so it’s really anyone’s guess as to who’s likely to prevail in this contest of flailing rivals.

Either way, best to buckle up your seat-belts, this one’s liable to get a bit bumpy. Here’s hoping it’s the Spurs who come out the victors, or (outside of 2020) they’ll be embarking on their longest losing streak since 1997.

For the Lakers’ fans’ perspective, visit Silver Screen and Roll (or don’t)

PtR’s Game thread will be up this evening for those who want to chat through the game. You can also follow along with the action through PtR’s Twitter feed.

Lindsey Horvath wins seat on Board of Supervisors • The Malibu Times