From undrafted to starting for the Portland Trailblazers 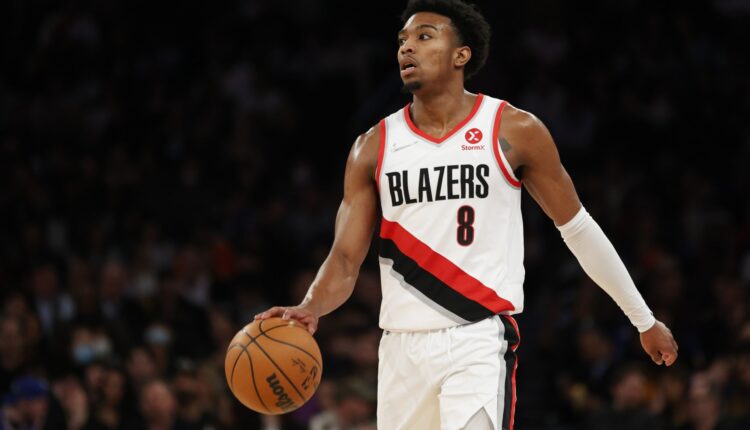 Brandon Williams entered the 2020 draft and we were all very hopeful his name would be called, but sometimes you can reach your dreams via a different path.

This is a feel-good story about former Arizona Wildcat Brandon Williams, who I have been following since high school.

Starting at Crespi High School in the San Fernando Valley of California, Brandon has come a long way. I have watched this loving son, warm and impressive young man blossom, and never give up on his dreams. He is truly an inspiration, and just thinking back on all the naysayers makes me smile from ear to ear.

Even if a player is drafted, there is no assurance that they would be able to stick with the team unless they were a lottery pick. In Williams’ case, he has had to battle the “he has had a career-ending injury” narrative.

Instead of going home and moping, Williams went home and healed and started working out to get ready for the NBA G-League Draft in the worst case possible.

Many assumed his career was over, but knowing Brandon, we believed he was going to be working on coming back professionally, and we were right.

According to his step-dad Chris, Brandon was on a different path than the other NBA draftees. “Been away from the game for a while, so he is on a totally different journey than the others,” Wright said in a text to the Star. “But I’m sure his dream will eventually come true.”

This wasn’t the first time Brandon had to overcome a physical issue either, he had already overcome a knee issue he suffered in high school. Eventually, he committed twice to Sean Miller and Arizona and played his freshman year.

Despite missing six games as a freshman, Williams averaged 11.4 points per game, and ranked No. 2 on the team in points, earning a spot on the Pac-12 All-Freshman team.

In his sophomore season, 2018-19, Williams had knee surgery and spent the year on the bench recuperating. In the spring of 2020, he left Tucson and went home.

Brandon had a vision of his career since he was younger, with the hopes of one day playing in the NBA, and he and his family were going to do everything they could to support that vision and live his dream.

Wright told Bruce Pascoe in July 2020 that his son was 100 percent healthy and ready to play. Williams attended a Tampa Bay Pro Combine in June, and he also had a pre-draft workout for the 76ers.

Williams entered the NBA draft with 193 other players, but unfortunately, Brandon wasn’t chosen in the NBA draft. His next step was to try out for the NBA G-League and try to land a two-way contract. Only 25 players were drafted, including some former NBA players.

Just when you thought all might have been lost, Brandon’s name popped up on the Westchester Knicks roster. Williams played for Westchester in 13 games, averaging 22.8 points, 4.0 rebounds, and 6.4 assists per game.

He was eventually noticed by the Portland Trailblazers, and now we don’t know if it was a coincidence, or if it was actually former Wildcat Matt Brase who noticed him, but he now plays for Brase.

After signing a 10-day, then not being able to play due to the NBA’s health and safety protocols, he was able to sign another 10-day contract when Portland suffered injuries. After getting a little experience, his contract was not renewed and he returned to the Westchester Knicks.

Come to find, this was a tiny setback but not the end of this season’s journey for the Wildcat.

Williams signed a two-way contract with the Trailblazers on Tuesday 02/22/2022 (Brandon’s birth date is 11/22/1999, Williams is in alignment with the Universe). The Trailblazers don’t have a G-League team so he has been playing in the NBA ever since!

You have heard all this before you might say. But if you haven’t been paying attention, Williams is now a starter, averaging 13.9 points in 24.9 minutes per game!

That’s not all either! He is also getting better and has earned a starting spot! He has started in Portland’s last seven games and recently had a huge game against the Brooklyn Nets scoring 24 points.

On March 7th, against the Timberwolves, he scored an NBA Career-high 27 points!

Brandon Williams had a huge game against the Nets.

The former Westchester Knick is showing each game why he belongs in the league. Great pickup by Portland! pic.twitter.com/GCxHmLQhy2

The Portland Trailblazers got themselves a real one, a gem, a diamond in the rough. But we have always known he was a star and destined for the NBA. Dream reached, now he needs to be paid!