Frida Cinema asks for donations after the projector fails 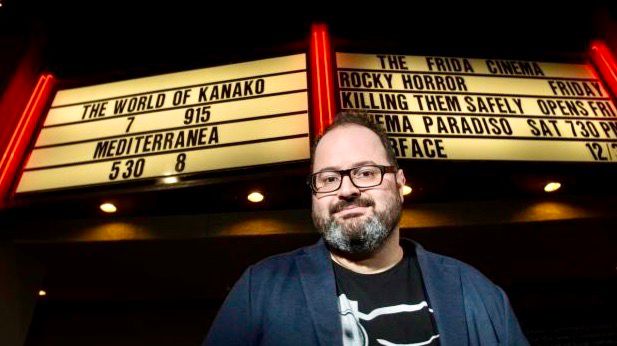 SANTA ANA, Calif. – Frida Cinema is seeking help from the community to help cover the cost of a new projector system and fund events for the New Year.

Earlier this month, one of only two movie projectors at the nonprofit movie theater in downtown Santa Ana exploded halfway through the showing of “C’mon C’mon,” a black and white film starring Joaquin Phoenix.

“The screen went yellow,” The Frida Cinema executive director Logan Crow told Spectrum News. One of the theater directors informed him of the news. “We knew it was getting old and it might have been time for a replacement.”

But what Crow didn’t expect was the seriousness of the problem.

Crow called Sony about the cost of repairing the arthouse’s Sony SRXR515 projection system, which has shown hundreds of independent and community films since the theater opened in 2014. Crow also hired technicians who specialize in repairing this type of equipment to assess the problem.

They both told him the bad news.

“A very expensive part died and the cost would be tens of thousands of dollars,” said Crow. “The repair cost was about the same as buying a new one. Your advice was to buy a new projection system.”

Normally the Frida cinema would start a month long fundraiser to raise money for a replacement. But as soon as it tried to catch up on the revenue lost as a result of the pandemic, the Arthouse jumped into its reserves to buy a new one immediately.

“A cinema without a projector is like a restaurant without a grill,” says Crow. “Without this projector we are no cinema.”

The unexpectedly high spending has thwarted the Frida Cinema’s programming plans and events for 2022, just as they recover from the economic toll caused by the pandemic.

Downtown Santa Ana’s Frida Cinema is considered to be one of the few art house cinemas in Orange County to show independent, international LGBTQ, educational and community films.

Like most cinemas during the coronavirus pandemic, the Frida cinema was financially affected.

Other than drive-in pop-ups, the theater was mostly closed for 15 months. According to federal records, the nonprofit theater had to withdraw two loans for the paycheck protection program totaling $ 97,525.

Crow said when the nonprofit theater finally reopened in May, attendance was down about 40% from pre-COVID levels and overall revenue was down due to a lack of concession sales.

Things have been looking up in the last few months. As people felt comfortable leaving their homes and doing activities, the number of visitors to the Frida Theater increased. The theater also hired new staff.

Crow said they are excited about planning new programs and community events for the coming year.

Then one of their only two film projectors broke.

The money that is being spent on the new film projector is forcing them to cut programs, events and show times planned for the new year.

“That’s why I said this couldn’t have happened at the worst possible time,” he said. “It’s a big hit for us and has slowed our momentum.”

Crow is soliciting cash from the public to offset the cost of the new 4K Barco film system “so we can try to revive programs for 2022”.

The Frida Cinema is unique because it is more than just a cinema in Santa Ana. It’s a common room, said Crow.

“We have said many times that we read every single request from our customers and find ways to do it,” said Crow. “There’s nothing like the experience of having your favorite snack in this common room and watching a movie, laughing, and then talking and chatting about it in the lobby. Our goal has always been to promote culture and art in the community through films. “

Interested parties who would like to make a tax-deductible donation to the Frida-Kino can stop by here.