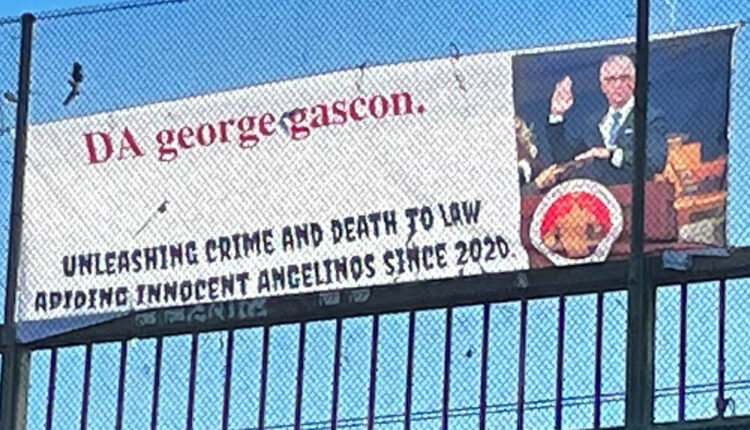 Los Angeles District Attorney George Gascon came under renewed fire Thursday for taking pre-screened questions from a group of public defenders and meeting with them – after snubbing his own staff.

A series of emails, dated during Gascon’s 2020 campaign for office but newly released following a public records request, show one of the Democrat’s staffers soliciting questions to be screened ahead of a town hall event with public defenders.

“These emails prove that the District Attorney won’t or can’t show up for an event unless he knows ahead of time what questions he’ll be asked,” Eric Siddall, vice president of Los Angeles’ Association of Deputy District Attorneys ( ADDA), told Fox News Digital Thursday. “They also prove what we’ve long suspected: that getting ahead in Gascon’s District Attorney’s office depends entirely on your willingness to help him politically – if you take care of him, he’ll take care of you.”

The questions sent to Gascon’s campaign include:

“Do you believe that so-called ‘colorblind’ laws, policies, police practices have a disproportionate impact on people of color?” “What is your view on sending people convicted of crimes or found in violation of probation to prison as opposed[d] to alternate solutions that address the underlying social conditions that led up to the crime?”

Marcus Huntley, the public defender involved in the conversation, did not immediately respond to a request for comment.

Although the correspondence included the public defenders’ government emails, state law forbids the use of public resources for campaign activities. And a spokesperson for Gascon’s office cited that rule in declining to discuss politics involved in the incident.

“In our American democracy, questioning your leaders isn’t just a right, it’s our responsibility,” Siddall said. “A competent elected official should be willing and able to face the public and candidly answer their questions. When someone like Gascón ducks the chance, as he has here, he makes it nearly impossible to hold him accountable.”

LA COUNTY SHERIFF BYPASSES DEMOCRAT DA GASCON IN PROBE OF COP KILLING: ‘I HAVE NO CONFIDENCE’

The embattled prosecutor met with the public defenders during his campaign in July 2020, when they asked about his views on a range of issues including the Black Lives Matter movement, diversion programs and the controversial three-strike law.

But on Wednesday he declined an invitation from the organization representing his own deputies, which includes more than 800 members of his office, who asked him to explain why he shouldn’t be recalled.

The ADDA’s seven-person leadership board met with then-candidate Gascon when he asked for their endorsement in 2020. The group said he has never met with the organization’s membership or fielded their questions.

In a letter to the organization’s president, Michele Hanisee, Gascon wrote that the invitation struck him as “political” and said attacks on his policies were “fear tactics.”

“I am not ignorant to the fact that there are those who vehemently oppose my philosophy and ideology when it comes to how the criminal legal system should operate,” Gascon wrote. “Before I was elected to this position by over 2 million residents of Los Angeles County, a false narrative about me began, and it has continued ever since.”

Meanwhile, banners have cropped up around Los Angeles blasting Gascon for allegedly “unleashing crime and death” on the population.

At least two were spotted over highly trafficked freeways Thursday morning – one over Interstate 5 and another above US Route 101. It was not immediately clear who hung them up – but the ADDA said it was not involved.

“The district attorney has spent his entire career in public service and is very passionate about advancing public safety,” Alex Bastian, special adviser to DA Gascon, told Fox News Digital Thursday. “And what we’re trying to do, is both bring accountability and also prevention while addressing the root causes of crime.”

That includes some bail reform and diversion policies, he said, which he argued can unfairly get a bad rap.

“Often times, many people who were incorrectly assumed to have been released for whatever reason were actually released because they bailed out of custody based on money bail,” he said. “And we have seen that in some of the follow-home robberies…defendants bailed out on exorbitant amounts of bail and hundreds of thousands of dollars [beforehand].”

But the rise in crime, which includes a staggering spike in murders in both the city and county of Los Angeles, has drawn public scrutiny and debate.

Gascon is facing his second recall petition since taking office in 2020 and enacting progressive criminal justice reforms – including low- or no-bail policies and instructing his deputies not to add enhancements to criminal charges.

The second effort will require organizers to gather about 567,000 signatures by July 6 – about 10% of the registered voters in Los Angeles County.

Upgrade Your Mask: Where To Get Free Masks In Santa Monica