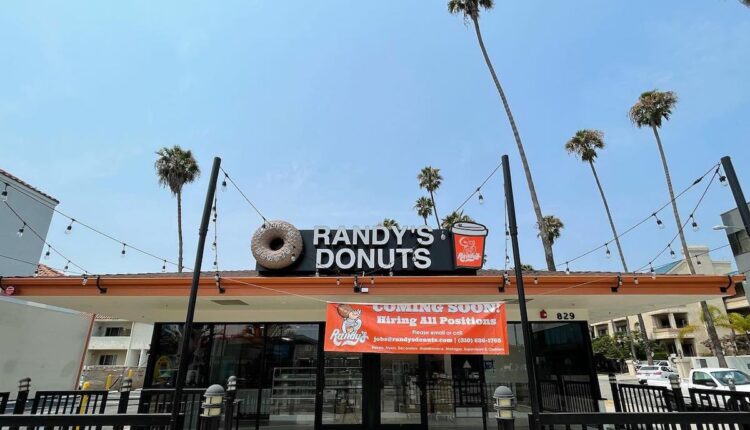 Randy’s Donuts will be opening a storefront in Santa Monica with free glazed donuts later this month.

In a social media post, Randy’s Donuts announced that it would open on Tuesday, August 31st, in Santa Monica at 829 Wilshire Boulevard. The space used to house a coffee bean and tea leaf location that was closed at the start of the COVID-19 pandemic.

When the store opens at 6 a.m. on August 31, visitors will receive a glazed raised donut for free until noon. In addition, there will be an official ribbon cutting ceremony at 11am, along with the unveiling of a 10-foot replica of Randy’s iconic giant donut.

The original Randy’s Donuts was founded in 1953 at 805 W Manchester Boulevard and has become a Los Angeles landmark in part because of the huge donut on the roof of the store. Since then, the company has opened four shops in South Korea and one in Saudi Arabia throughout Southern California.