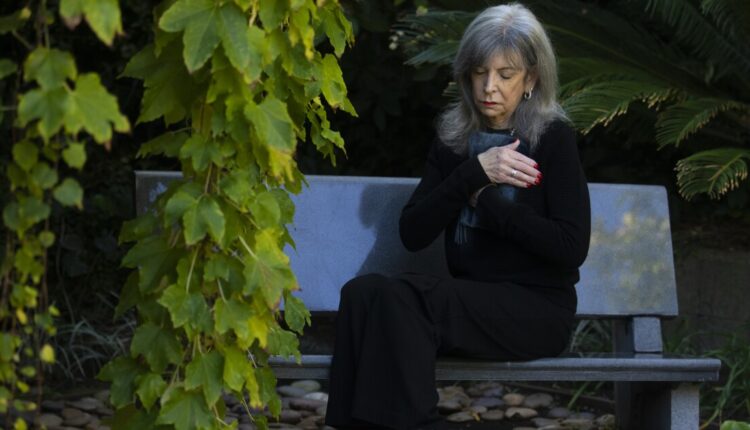 A rapid boom in the number of hospices and other factors strongly point to a large-scale organized effort to defraud federal end-of-life care programs in Los Angeles County, putting vulnerable dying patients at risk of harm, according to a long-awaited state audit released Tuesday.

Auditors blamed lax oversight for the problems, noting that the California Department of Public Health became aware of possible fraud by some for-profit hospices seeking licenses yet still approved them, essentially enabling “hospice agency operators who are possibly fraudulent to continue functioning, placing patients at serious risk of not receiving appropriate care.”

The audit’s findings mirror those of a 2020 Times investigation that uncovered widespread fraud and quality-of-care deficiencies in the state’s booming but loosely regulated hospice industry.

The audit found a sharp increase in the number of hospices in LA County since 2010 without a proportional need for end-of-life care. Hospice patients received services for long periods of time and were often still alive when they were discharged — both telltale signs of potential fraud, according to the audit.

Auditors also found “excessive geographic clustering” of hospices, including a single building in Van Nuys that had more than 150 licensed hospice and home health agencies — a number that exceeds the physical capacity of the structure.

“These indicators strongly suggest that a network or networks of individual perpetrators in Los Angeles County are engaging in a large and organized effort to defraud the Medicare and Medi-Cal hospice programs,” said acting state auditor Michael Tilden in a letter to the governor and lawmakers. “Such fraud places at risk the extremely vulnerable population of hospice patients.”

Auditors uncovered indicators of fraudulent billing to Medicare and Medi-Cal and the apparent use of stolen identities of medical personnel to obtain licenses, according to the report.

The report says the state Department of Public Health’s hospice agency licensing process does little to prevent fraud, that its limited monitoring doesn’t protect patients and that it has failed to perform timely investigations.

Overall, the state departments of Public Health, Health Care Services and Justice have done an inadequate job collaborating on fraud prevention, according to the audit.

The auditor recommended that the state legislature require the agencies to create a task force to investigate and prosecute fraud and abuse by hospice providers. Lawmakers should also revise state law to authorize regulators to fine hospice agencies that don’t comply with licensing requirements, the report said.

Decades of unchecked hospice growth in California came to a halt Jan. 1, when a moratorium on new licenses took effect along with legislative reforms aimed at curbing widespread fraud in end-of-life care.

The measures, which included a crackdown on kickbacks and patient-recruiting schemes, were largely prompted by the Times investigation, lawmakers said.

The Times’ reporting also spurred the extensive examination by the state auditor to identify deficiencies and recommend improvements to hospice licensing and oversight.

The Times investigation, published in December 2020, found that explosive growth in hospice providers had transformed end-of-life care that was once the realm of charities and religious groups into a multibillion-dollar business dominated by profit-driven operators.

Over the last 20 years, the number of US providers has roughly doubled, while Medicare spending on hospice care has grown from about $3 billion in 2000 to $22.4 billion now, according to Medicare figures released this month.

More than 1.7 million Medicare beneficiaries now receive care from about 5,058 providers, the vast majority of them for-profit operators.

The number of LA County hospices multiplied sixfold in the last decade, accounting for more than half of the state’s roughly 1,200 Medicare-certified providers in 2020, The Times’ analysis of federal healthcare data showed.

The rapid expansion spawned widespread fraud, negligence and mistreatment of some of California’s most vulnerable residents, the newspaper found.

Scores of hospices had sprung up along a corridor stretching west from the San Gabriel Valley through the San Fernando Valley, which had the highest concentration of providers in the nation at the time.

To qualify for hospice care, patients must be certified as terminally ill by their attending physicians, if they have them, and by a hospice doctor.

But many of those signed up by recruiters with promises of medical care, equipment or housekeeping services were not dying, The Times found. Some later learned they had forfeited their rights to life-saving emergency medical treatment.

Many of the state’s hospices are small operations, run by people with little or no healthcare experience. There are few qualifications for starting or operating a hospice beyond having a clean felony record and getting a state license and Medicare certification, a process that costs only a few thousand dollars.

The audit was requested by state Sen. Ben Allen (D-Santa Monica), the author of Senate Bill 664, which mandated it.

The licensing moratorium — which includes exemptions for pending applications and for those who can document a need for a new hospice in a particular geographic area — will remain in effect for 365 days after the audit report’s publication date.

A second bill signed into law last year addresses another of The Times’ key findings, namely that intense competition for new patients had spawned a cottage industry of kickbacks to crooked doctors and recruiters who target prospective patients at retirement homes and other venues.