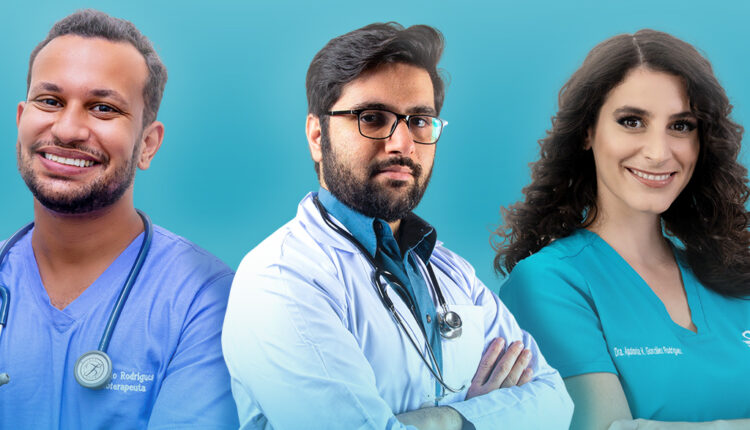 In a world where misinformation is far too common, the Chamber of Commerce held a meeting with four local doctors this week to clarify the current state of the pandemic.

The organizers said the meeting should help attendees gain peace of mind and distinguish between fact and fear.

Dan Uslan, Clinical Chief, Infectious Diseases and Clinical Professor, UCLA Health discussed why booster injections are offered and why they are only offered to certain groups. He also said that fully vaccinated people can still spread Delta, but are less contagious for a shorter period of time.

The immune response from the vaccines wears off over time, and this is why many people have suggested booster vaccinations for certain groups about six to eight months after these initial injections. However, vaccines remain effective against hospital admissions and maintain this effect over the long term.

“Like everything we do in medicine, there are benefits and risks. So the benefits of a booster dose are pretty clear; the benefits are things like preventing COVID-19 cases, preventing hospitalizations and deaths, and potentially preventing transmission, “Uslan said. “We know that there is some data to suggest that the viral vaccines are working pretty well at preventing transmission. Why not just give everyone a booster dose? Why focus on selected groups such as the immunocompromised? Well, there are risks like everything we do and the risks of getting boosters to everyone are really things like miocarditis, inflammation of the heart, or other rare events that have been reported to occur after mRNA vaccines , and when these events happen, one in every 500,000 or 1 million doses of the vaccine doesn’t sound like much, but when you talk about 200 million people who have been vaccinated in the United States, those numbers add up very quickly.

Dr. Mana Baskovic, an obstetrician and gynecologist at the Providence Saint John Health Center, said vaccines should not make men or women less fertile and should be taken even if they are pregnant or expecting pregnancy. She said menstrual irregularities were seen after taking the COVID-19 vaccine, but there were temporary side effects.

“We know the vaccine has no effect on fertility, we looked at the semen analysis of men, we looked at them before they got the vaccines and then followed up a few weeks later,” Baskovic said. “Several months after the vaccine was given, we saw absolutely no change, no change at all. At this point you know that we have many women among their female counterparts who are struggling with infertility or poor pregnancy outcomes, and we are still very confidently recommending the vaccine because we have seen no effect. “

Fortunately, according to local schools in Southern California, cases of children are declining. Many cases in children come from unvaccinated parents, and children typically do not spread them from child to child, according to Dr. Soni.

“And we’ve seen an increase in children being hospitalized in areas where adult vaccination rates are much lower. And if we look at the general type of infectivity and the type of complications that children have in the hospital, ”Soni said. “They seem to take it a little more. The Delta variant seems to transmit a little more in children, but we don’t see as many complicated diseases in children. “

Dr. Kimberly Petrick, general practitioner at Kaiser Permanente Santa Monica, discussed telemedicine and how its use has evolved during the pandemic. During the strictest lockdowns, data showed that 80% of people were using telemedicine. However, that number has decreased. It was an even distribution of 50/50, but now only 35% of people use telemedicine as their preferred method.

“Members can also have primary and specialist physicians, as mentioned, but also videos of things like emergency doctors for things like flu, stomach aches, or minor injuries that can actually prevent members from having to come to an emergency for a non-emergency room visits Email is another form of secure telemedicine messaging with the ability to send photos, ”said Petrick. “Also, think of this as a great means of taking care of non-urgent questions and tracking with visual tools such as: B. the follow-up of conjunctivitis or skin rashes can access laboratory results, make appointments, request refills and much more. “

The video will be published on the Chamber of Commerce website: https://smchamber.com.