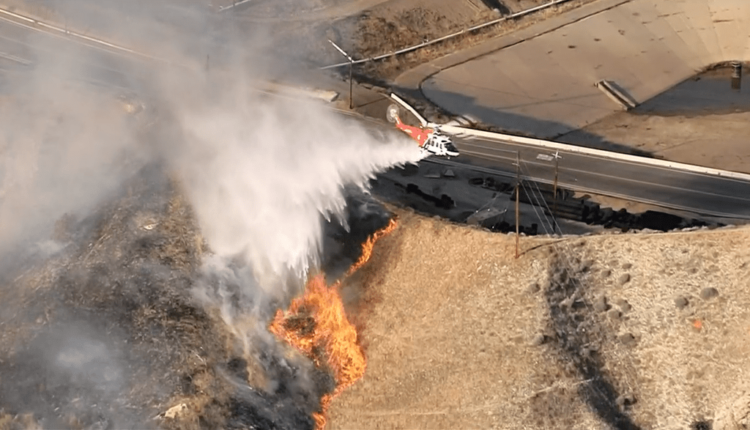 Los Angeles City firefighters with an assist from the county fire department battled a small brush fire in Lake View Terrace that has so far charred slightly more than four acres of grass and was now 60% contained.

The fire which ignited near 12031 N. Lopez Canyon Road, near Paxton Street, in Pacoima Canyon was reported at 5:26 pm, according to LAFD spokesman Brian Humphrey.

A total of 69 LAFD firefighters, along with a coordinated ground and water-dropping response stopped the forward progress of the fire in just 55 minutes, Humphrey said.

No structures were threatened. There were no evacuations and the cause of the fire remained under investigation, Humphrey said.