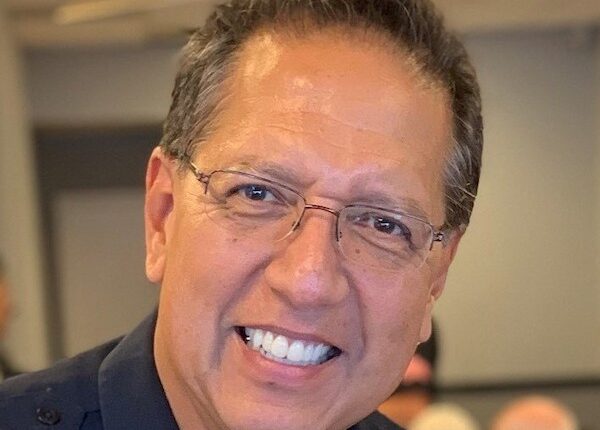 On October 14, Santa Monica City Manager David White announced the appointment of Ramon Batista Jr. as Santa Monica Police Chief. Batista comes from Mesa, Arizona’s third largest city, to Santa Monica, where he served as police chief. Prior to that, he spent 30 years in the Tucson Police Department, including two years as deputy chief of police.

“Chief Batista is a full-time law enforcement officer who has built strong community relationships in both of the communities where he has served with excellence,” said City Manager David White. “We’re sure he will do the same here in Santa Monica, where strong relationships underpin the security, trust, and collaboration of the community.”

As head of the Mesa Police Department, Batista oversaw a budget of $ 188 million and 760 sworn and over 450 professional employees. According to the City of Santa Monica, Mesa’s Part 1 crimes were at an all-time low of 23 incidents per 1,000 residents during his tenure.

In a press release, the city described Batista as “an advocate of 21st century police initiatives and community resilience”. During his tenure at Mesa, Batista led the implementation of a mental health crisis 911 911 program that relayed suicide calls to the police to crisis counselors. He also initiated a strategic plan for Mesa PD that included enhancing diversity across ranks, focused on internal and external communications, and de-escalation techniques.

Batista began his career in Tucson in 1986 and during his 31 year career there served in a variety of roles including patrol overseer, transportation / solo engines, training academy commander, public information bureau director, patrol department commander, SWAT division commander and chief of the Staff. He rose to the rank of captain in 2011 before becoming deputy chief, first for the patrol office, followed by the investigation office, where he oversaw all detectives and major criminal investigations, the crime lab and evidence department.

In 2017, Batista was named Mesa Police Chief, a position he held for two years before stepping down in 2019.

Batista was the boss during a high profile murder trial of Philip “Mitch” Brailsford, a former Mesa PD officer who was acquitted in 2016 of the murder of an unarmed man. As AZ Central reports, the 26-year-old was on his knees, unarmed, “begging for his life” when Brailsford shot him five times in a hotel corridor in Mesa. Following the incident, AZ Central reported that Batista immediately began making changes designed to promote a different culture in the department and restore trust in the community.

While Mesa recorded the lowest violent crime rates since the persecution began in the 1970s during Batista’s tenure, his remarks in June 2019 about two separate incidents of police violence led to staggering support from the ranks of the ministry. In one incident, Mesa PD officers were recorded repeatedly beating an unarmed man and kneeling down. In the second incident, two officers were filmed assaulting a 15-year-old suspected robbery man who was handcuffed. During a press conference, Batista called these actions unacceptable and promised to bring about change, reports AZ Central. However, weeks later, two police unions cast no confidence in Batista, citing a toxic work environment and low morale.

In November 2019, Batista resigned to “pursue personal interests and other professional opportunities”.

When asked to comment on the no-confidence votes against Batista, the City of Santa Monica made the following statement:

“Chief Batista comes to Santa Monica with over 35 years of law enforcement service. After a rigorous recruitment process, we trust his leadership, expertise and values, which are in line with the talent and commitment of our police department. As chief of the Mesa Police Department, he strengthened partnerships with the community while keeping the community and officials safe. Santa Monica is fortunate to welcome Chief Batista and we look forward to welcoming him to our City team. ”