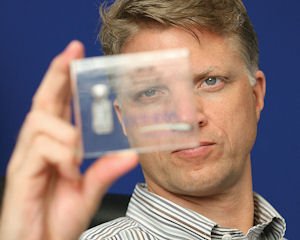 Keith Leonard Jr., the former CEO of Kythera Biopharmaceuticals, has joined the board of directors of Arcutis Biotherapeutics in Westlake Village.

Leonard is currently chairman of the biotech startup Unity Biotechnology, where he served as its CEO from 2016 to 2020. He was the founder and CEO of Kytheram aa Westlake Village, which was acquired by Allergan for $ 2.1 billion in 2015. Previously, Leonard held a number of executive positions at Amgen Inc. in Thousand Oaks.

At Arcutis, Leonard Dr. Replace Ricky Sun, who cited personal reasons for leaving the board.

“As the chairman of a publicly traded biotechnology company, former CEO of two publicly traded biotechnology companies, and someone who has brought products to market at both large and emerging biopharmaceutical companies, Keith’s insights will guide us as we prepare for our first potential commercial launch of topical roflumilast,” said Frank Watanabe, CEO of Arcutis, in a statement.

Arcutis intends to submit an application for Roflumilast topical cream to the FDA later this year. The cream is designed to treat plaque psoriasis and will be the company’s first product if everything goes according to plan.

“I am impressed with Arcutis’ product candidates and the team’s dedication to delivering critical and effective solutions for dermatology patients that do not compromise safety, efficacy and tolerability,” said Leonard in a statement.

California is about to legalize community blood banks for animals