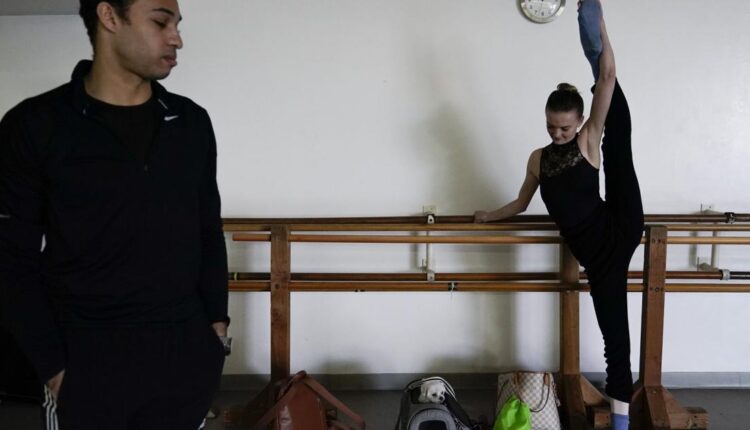 SANTA MONICA, Calif. — Ballet dancers Adrian Blake Mitchell and Andrea Lassakova moved to Russia years ago to chase their dream of performing with the best in a country where people live and breathe ballet.

But days after Russia invaded Ukraine, the couple uprooted their lives and left behind their prized jobs with the prestigious Mikhailovsky Ballet Company in St. Petersburg.

Mitchell, who is American, and Lassakova, who is from Slovakia, are among the dozens of foreign dancers who have left Russia since the war started in February. The two are now in the US, preparing for a performance in Southern California.

They say the war is bound to take Russian ballet back to the isolation of the Soviet era.

“Most of our friends are international. They left, and I don’t think they will come back soon,” Lassakova said.

Amy Brandt, editor in chief of pointe, an American online magazine about the world of ballet, said there were likely fewer than 100 foreign dancers working in Russia when the war started. But based on social media posts and hiring announcements by dance companies outside Russia, most have left, she said.

Russia opened its ballet world to the West in the decades after the Soviet Union’s collapse. In 2011, American ballet dancer David Hallberg became the first foreigner to be named a principal dancer at the storied Bolshoi Ballet.

But in recent weeks, Russian ballet companies have experienced backlash over the war. The Bolshoi Ballet and Mariinsky Ballet companies, Russia’s most renowned ballet institutions, performed in the United States every year as part of their international tour, but already performances scheduled for this year have been canceled.

“It feels like we’re going backward in time in a lot of ways,” Brandt said.

Mitchell and Lassakova lived in Russia for seven years but decided to leave the country in early March after Russian troops invaded Ukraine and as rumors of martial law, financial collapse and the loss of liberties loomed. They hired a taxi and hurriedly left with their dog for Estonia.

While in Russia, the pair didn’t involve themselves in politics, despite seeing many pro-democracy protesters marching outside their apartment. But once across the border, and now in the US, the dance partners have been vocal about their opposition to the war.

“We had a difficult situation. But what’s happening to the people of Ukraine is just the most tragic, terrible thing I could imagine,” Mitchell said during an interview at Westside Ballet studios in Santa Monica, California, where he was once a student and where the couple will perform next month to raise funds for the school.

Mitchell believes dancers, both Russian and the few foreign ones who remain, may oppose the war but fear the consequences of protesting.

“You hear very few Russian dancers speaking out, but many of them want to leave because they want to be able to speak out,” he said.

Since arriving in the US, Mitchell and Lassakova have been traveling the country, doing benefit performances and giving talks in support of Ukraine.

They are currently rehearsing at Santa Monica’s Westside Ballet for a performance of Russian choreographer Oleg Vinogradov’s “Barber’s Adagio.”

It’s a ballet Mitchell and Lassakova performed in St. Petersburg. Now they fear they may never dance in Russia again.

“Russian ballet is definitely going to be totally isolated,” Mitchell said. “Isolated from the West.”

Copyright 2022 The Associated Press. All rights reserved. This material may not be published, broadcast, rewritten or redistributed without permission.