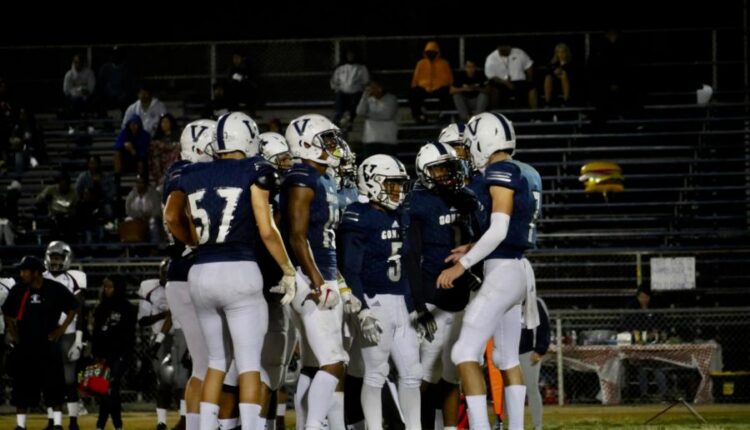 For the first time in nine years, football will be played in the first official game of the season at home against the Santa Monica Vikings.

The game takes place at 7 p.m.

Despite the Vikings starting the season 2-0, coach Angelo Gasca believes they will be competitive.

“They look like a great physical team with some talented players and we’ll see how that plays out,” said Gasca.

To prepare for today’s match-up, the gondoliers have done many conditioning and review games, especially in their running game, said Senior Thomas Kensigner, a captain.

Gasca adds that the team will prepare like every week.

“We are working on our execution and the line-up of the other teams and we try to get better every day by working hard and focusing on our particular roles,” said Gasca.

The Gondoliers lost a 27-13 defeat to Harvard-Westlake in an exhibition game last Friday.

“It was tough being quarantined for 10 days and then going back to full game mode,” said Gasca. “But it was good to get on the field and play again.”

Despite the defeat, Gasca is proud of the way the team hung around during a game in which the Wolverines performed very well.

According to Kensinger, the first half of the game was a “dog fight”. Nobody scored until the end of the second quarter before the gondolier’s defense began to wear out in the second half.

“Our defense was very good overall and this loss serves as a good learning experience as we prepare for the game against Santa Monica,” said Kensinger.