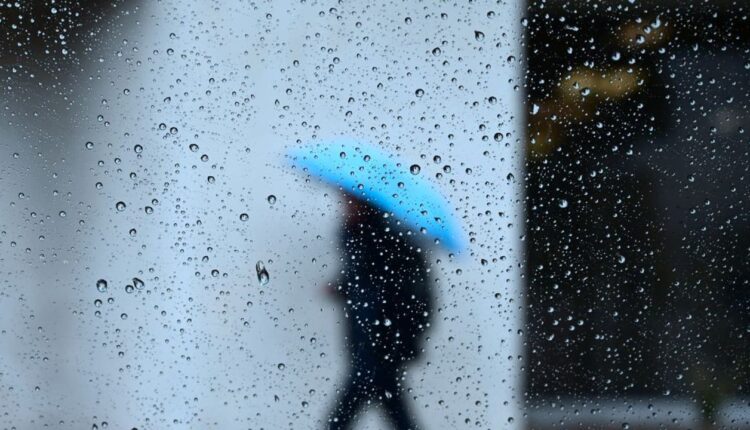 THE ANGEL – It will be a partly cloudy and cool weekend in most of Southern California as the first major rain system hits the area.

A storm system approaching from the northwest is expected to bring moderate rain from late Sunday night into Monday. The rain began early Saturday morning in parts of the San Fernando Valley.

The forecast also includes the possibility of light flooding and gusty winds.

Minor mud and debris flow could occur in recent fire areas, but rainfall rates are not expected to be a concern for older fire areas such as the Bobcat or Ranch 2 fires, according to the National Weather Service.

Thunderstorms are not expected during the storm, which is expected to shift eastward late Monday night.

The main front of the storm system – and the heaviest rain – is likely to hit the Los Angeles area on Monday lunchtime and move out of the area fairly quickly in the afternoon, according to the weather service.

In the LA area, the forecast predicts a 40% chance of rain after midnight on Sunday, increasing to 70% by Monday afternoon, decreasing to 30% on Monday night, and partially cloudy after midnight.

While the uphill areas of the southern Santa Barbara and Ventura counties could drop 1 1/2 to 2 inches of rain, most other areas through LA County are only expected to be between half an inch and an inch, according to the NWS.

For the remainder of the next week, drier and warmer conditions are expected.