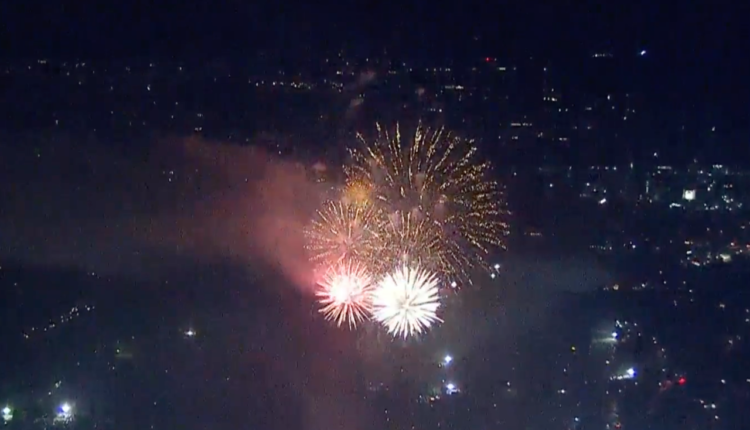 An air quality recommendation is in effect throughout Southern California on Monday due to the July 4th fireworks display.

The poor air quality in the Los Angeles area comes after a night of sanctioned and illegal fireworks that lit the sky on Sunday night and left high levels of particulate matter in the air.

Inhaling the particles can lead to a variety of cardiovascular and respiratory problems such as heart attacks, asthma, decreased lung function, coughing, or breathing difficulties.

The regulators had warned that the air quality index could reach unhealthy values ​​due to the fireworks.

On Monday morning, air pollution was worst in the Pomona Valley, San Gabriel Valley and Inland Empire areas, which were listed in the “very unhealthy” category. That means the air quality index was so high that everyone in the area was exposed to more serious health problems.

The San Fernando Valley, Glendale, Pasadena, Arcadia, Baldwin Park, and Chino Hills areas all fell into the “unhealthy” air quality category. According to the South Coast AQMD, people in these areas can have some negative health effects, while those in sensitive groups can have more severe effects.

Residents of these areas with heart or lung disease, children, and the elderly were told to avoid all outdoor physical activity. And everyone in the area should avoid prolonged or heavy exertion on Monday.

Orange County’s Fullerton and Anaheim areas have been noted to have air quality unhealthy for sensitive groups, but conditions in the county as a whole have been considerately moderate.

Officials said fireworks in backyards typically contribute to air pollution and personal exposure to the fireworks can lead to local particulate matter concentrations much higher than regional levels.

Given the poor air quality in the area, regulators recommended that the public should avoid burning wood, including on the beaches.

Another air quality warning is in effect until Monday afternoon as smoke is burning from the tumbleweed fire south of Gorman.