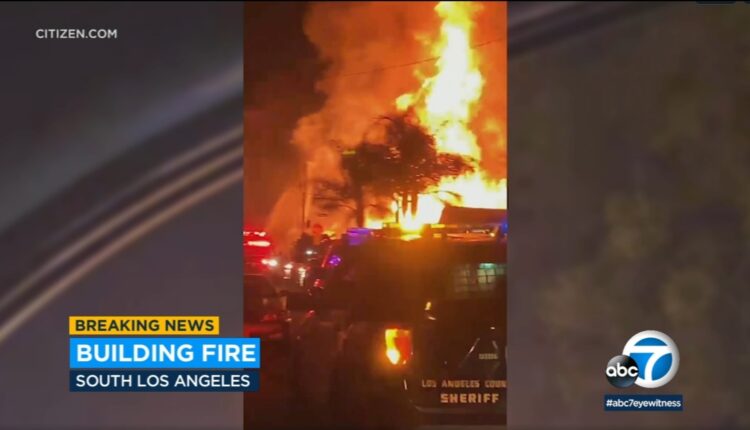 According to the Los Angeles County Fire Department, calls of a fire near East 108th and South Alameda streets began coming in just before 5 am

It’s unclear if anyone has been injured. Authorities say Urban Search and Rescue crews were called to the scene. Video obtained by Eyewitness News early Sunday morning shows large flames as crews were getting to the scene.

As of 6 am, heavy smoke was still lingering in the area. There’s no word on what caused the fire.

Drivers and residents are urged to avoid the scene as crews continue their investigation.

This is a developing story. This article will continue to be updated as more information becomes available.