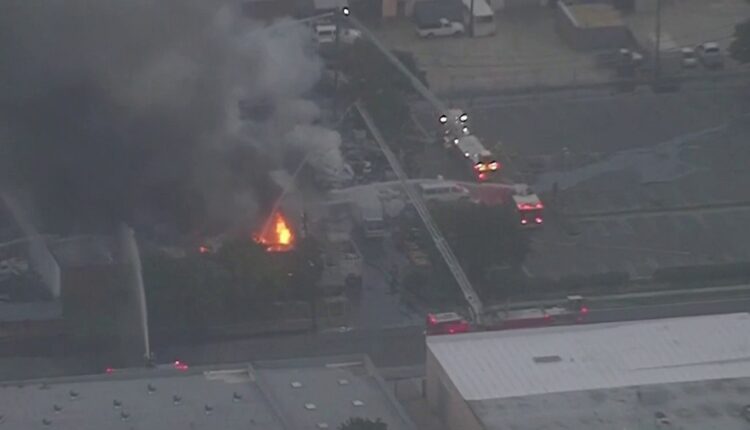 Smoke and flames were visible for miles around a structure fire in Los Alamitos, as firefighters battled the fire in an unidentified warehouse business early Tuesday morning.

The one-story commercial building was fully engulfed in flames around 5:45 am, and the Orange County Fire Authority classified the blaze as a 2nd-alarm fire.

NewsChopper4 had eyes on the fire just after 6 am on Tuesday morning.

It was not immediately clear which business had caught fire.

The fire was a few miles from Los Alamitos Elementary. The school was not in any danger from the fire at the business, but police and fire presence was heavy in the area as parents prepared to take their children to school.

This is a developing story. Check back for updates.