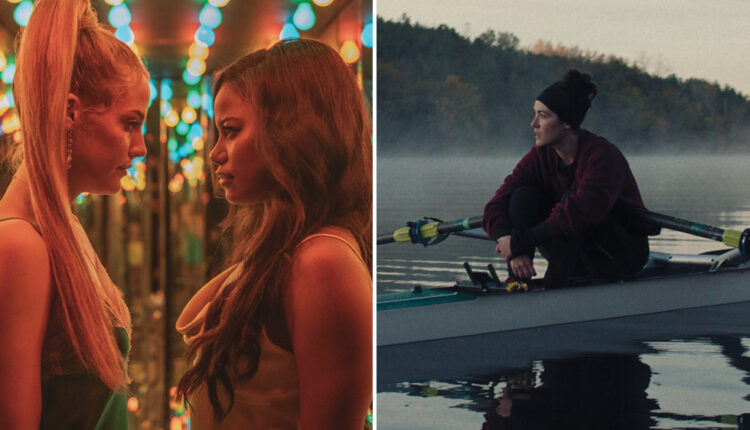 In 2021, the Film Independent Spirit Awards went online in reaction to a then-still-raging pandemic, forcing nominees, guests, Film Independent members and even host Melissa Villaseñor to celebrate remotely. In 2022, Megan Mullally and Nick Offerman have taken over hosting duties from Villaseñor, but the rest of those people will be back in the ceremony’s traditional venue, a tent near the Santa Monica beach.

To Film Independent president Josh Welsh, the return feels like a relief, especially after the Omicron variant wreaked havoc on in-person gatherings in December and January, risking another season of socially-distanced events. But despite his excitement, Welsh insists that the annual celebration of independent cinema has still not quite returned to normal. “It definitely does not feel like business as usual, and everything feels very different,” he tells Variety.

If you’ve been following awards-season pundits as they herald prospective winners, looking at Film Independent’s nominees only underscores how right Welsh is: the films with the most nominations, Janicza Bravo’s “Zola” and Lauren Hadaway’s “The Novice,” were pretty much ignored by would-be standard bearer groups like the Hollywood Foreign Press Assn. and the Academy of Motion Picture Arts and Sciences. He says that one of the great thrills of this year’s ceremony will be giving these films a much-needed boost of visibility, whether or not they ultimately receive awards. “They deserve so much more recognition than they’ve gotten in the past year through just the normal press outlets because of everything that’s happening,” Welsh says. “I want the Spirit Awards to function as a big spotlight on beautiful work that if you haven’t seen these films or shows, tune in, watch the show and then go watch these films.”

Watching these films is something that Film Independent’s members did in record numbers in 2021. Over the last two years, the organization’s year-round screening program Film Independent Presents migrated online, where viewing numbers increased “dramatically,” according to Welsh. Additionally, membership expanded outside of California in an unprecedented fashion, resulting in its highest numbers in Film Independent’s history. “We now have just over 8,000 members,” Welsh says. “Somewhere between 30 and 40% of our members now don’t even live in California, which is very different from before the pandemic.”

Consequently, the organization plans to maintain a robust online presence, not only because of its popularity, but because Welsh and his team realizes that what they’ve effectively done is create a streaming platform to compete with the hundreds of subscription services competing for their members ‘eyeballs, but one that’s curated with the films that they believe deliver the best storytelling of the year. “It really is shining a light on great filmmaking at a time when people just feel overwhelmed by a million different channels and shows that they can watch,” he says.

One of the elements of last year’s ceremony that Film Independent does not plan to revisit, however, is the “zoom-room” format it employed to offer a welcome bit of intimacy during a difficult moment of enforced distance from attendees’ fellow cinephiles. “There’s no component of that we’re holding onto at the moment, but maybe someday again we’ll find a reason to,” Welsh says. “But for now, the response to being back on the beach so far has been so positive.” But in addition to utilizing the circulation of sea air that the tent offers, he says that the organization implemented some minor changes to the layout and operations of the ceremony in order to make attendees feel safe while giving them an experience that still feels familiar.

“We did reduce capacity so there will be fewer people in the tent,” Welsh explains. “It’s not a huge reduction, but I think for many people, this is going to be their first time coming back to a live in-person event like this. So first and foremost, we want to do something that’s safe, that’s medically responsible and also where people just feel personally comfortable.” Film Independent also enlisted Covid safety company ModMD to advise it how to host a show in a big tent on the beach — and make sure it’s not a super-spreader event. “In our production meetings, we’re talking about the host, we’re talking about presenters, we’re talking about scripts, but then we’ll spend an hour talking about how the checkpoints work. Here’s how you get in. And here’s the documentation you have to show, all of that.”

Once guests get past that gentle and increasingly familiar barrage of safety protocols, they will have Offerman and Mullally there to shepherd them through the show. “We’re definitely a Film Independent Spirit couple, and particularly after a couple of years sitting on our duffs at home, we’re really excited about getting in a theater and feeling the incredible medicine that a live audience will deliver back to us,” Offerman says. “And hopefully Megan will have my Britches off before intermission.”

Explaining that he and Mullally “love to pretend that we’re an old fashioned showbiz couple Fred and Ginger — although I think I’m the Ginger in this household,” Offerman confesses that he’s excited by the prospect of performing live, even if he whiffs a cue. “That what we’re all missing, we show folk,” he says. “To just be putting on a show on stage is going to feel like a return, if not all the way to normalcy, then a rebellious shaking our fist at the universe and saying, ‘well, I can still screw up this song and dance ‘By God.’”

Welsh says that Mullally and Offerman were on their “internal running list” for a long time before being tapped for the 2022 ceremony. “I think tonally, they really capture the feeling that at the Spirit Awards we take the films very seriously, but the tone of the show itself is irreverent and a little bawdy, a little dry, a little left of center,” Welsh says. “They are that combination of smart, funny cinephiles. It doesn’t hurt that Nick has an awesome beard in the year of the beard,” he adds, although let’s hope that last part wasn’t a non-negotiable element of their performance: Offerman was clean-shaven during his interview for this article. Meanwhile, as the pair navigate the early stages of their duties, Offerman offers a few hints of what audiences may see.

“I might juggle oranges at some point,” Offerman says. “I can promise at least three oranges. I have a feeling there may also be a little song, there may be a little dance, but we’re going to basically lean on the talents that the good mother nature gave us.”

2022 also marks the second year that Film Independent has recognized television storytelling with awards, and Welsh says he’s thrilled that this will be the first in which they’re huddled next to their counterparts from film under that tent in Santa Monica. But faced with the chance to reunite with friends and colleagues for the first time in more than two years, Welsh effusively admits he’s ready to immerse himself in “the whole experience.”

“What I sense is people have been missing community more than anything, and the chance to come together to celebrate the year that just ended and the sense of coming out and being in the sun and seeing each other’s faces, albeit with masks is really exciting ,” Welsh says. “So I’m looking forward to, frankly, a straight up party on the beach, with really talented people doing great work.”

How Joe Rogan does what he does: My day with America’s most famous podcaster

Orange Lutheran Still No. 1 in The Times’ baseball rankings