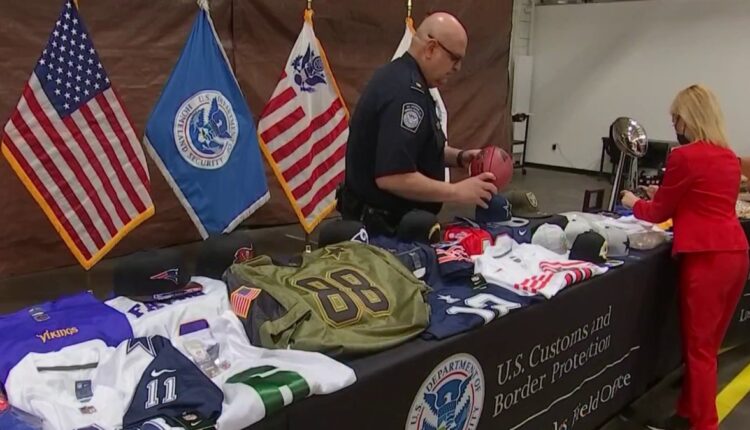 Federal authorities on Friday showed some of the counterfeit items they intercepted ahead of the game.

Everything from fake jerseys and hats to fake championship rings and shoes.

Officials say every year at this time, criminal organizations escalate their smuggling efforts for quick profits.

Consumers are not the only ones affected by counterfeiting.

The US Department of Homeland Security says it has already seized nearly 22,000 counterfeit items at dozens of locations.