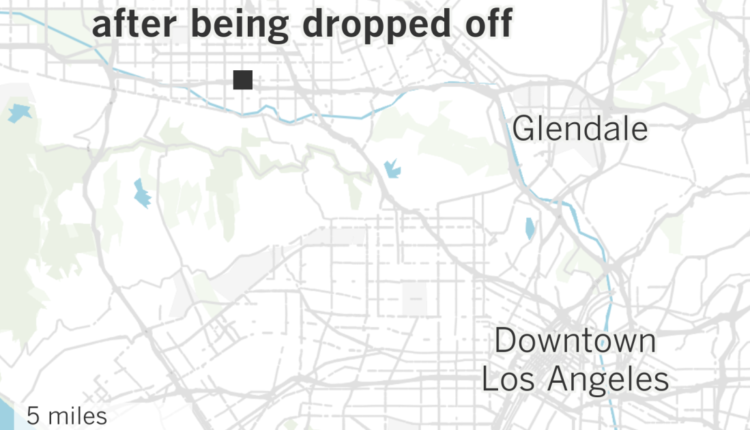 The FBI is offering $ 10,000 rewards for information leading to the arrest of suspects in two recent armed robberies that were videotaped in Valley Village and Hollywood.

The first incident was reported around 1:30 a.m. on November 27, when two people were dropped off by a driver on the 4800 block of Whitsett Avenue, according to Los Angeles police.

The video released by the department shows the victims’ vehicle being followed by a blue Toyota Prius and a black Mercedes-Benz GLS SUV before pulling up a curb. The other two vehicles are parked on a nearby street and four men appear and run towards the victims.

The robbers held the victims at gunpoint and demanded jewelry, the police said. The victims followed and the thieves ran back to their vehicles, which were going in different directions.

The second robbery occurred around 6:00 p.m. on December 1, when two people were followed into an apartment building on the 1600 block of Formosa Avenue, police said.

The victims approached an apartment door when four people armed with handguns surrounded them and claimed their property, police said. The victims consented and were not injured.

According to the police, the robbers took two expensive watches from the victims.

The incidents come amid a crackdown on similar crimes by the LAPD, one of which resulted in the death of a man on November 23 outside Bossa Nova restaurant in Hollywood.

After the fatal robbery, LAPD chief Michel Moore said he was forming a task force of more than 20 detectives to fight such crimes; the robberies of November 27th and December 1st are being investigated by this task force.