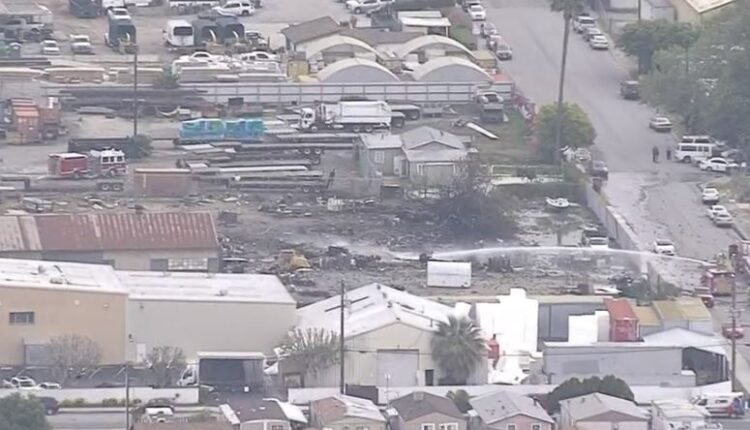 Firefighters responded to a fire and reports of explosions Thursday morning in the San Bernardino County community of Montclair.

Several explosions were reported near the intersection of Mission Avenue and Mission Boulevard. Details about the property that was heavily damaged were not immediately available.

Firefighters said they found a large collection of compressed gas cylinders at the site. Debris was found about 700 feet from the property.

At least one cylinder landed on a nearby home. Nearby streets were strewn with cylinders and debris.

Three people were hospitalized with injuries, firefighters said. Details about their conditions were not immediately available.

Details about what caused the explosions were not immediately available. A bomb squad and hazardous materials team was at the scene, where more explosions are possible, firefighters said.

Despite Doctors’ Concerns, Pharmacists Get More Leeway to Offer Treatment With Testing