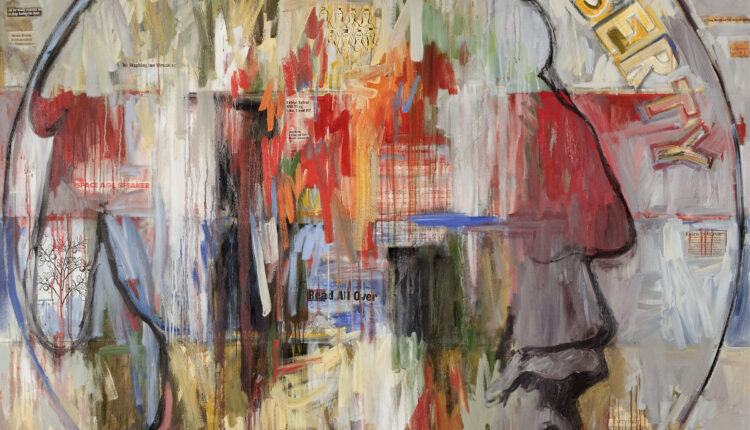 Once relegated to the periphery of the art world, a trio of women have spent decades combining art with activism.

Identity politics and multiculturalism emerged in mainstream art institutions in the 1990s.

Jaune Quick-to-See Smith, Judith Baca and Mildred Howard have already dealt with collages, colors, sculptures and murals with these themes. Opened at the New Mexico Museum of Art in Santa Fe, Poetic Justice shows the thematic overlaps of this modernist trio. They used the power of art to criticize political and social ills, to celebrate modernism, wall painting and jazz.

“All three have worked in this socially charged way for decades,” said curator Merry Scully. “They are known and respected and may earn more than they get.”

Corrales artist Smith is a Salish member of the Confederated Salish and Kootenai Nation, Montana. She is internationally recognized and works across media, including painting, drawing, collage and printmaking.

The exhibition features seven of Smith’s large format paintings. She works in complex abstractions on social and cultural issues.

Smith’s “I See Red: Indian Nickel Head” and “I See Red: A Nickel for Your Thoughts” span two 6-foot-square canvases; one painting shows the head, the other the buffalo. The US Mint minted the coin from 1913 to 1938.

The piece was commissioned by a New York gallery.

“I just did it my way,” Smith said in a telephone interview with Corrales. “It’s expressionistic and there is a drip of paint. He liked it so much that he hired the other side. “ “I See Red: A Nickel for Your Thoughts”, Jaune Quick-To-See Smith (Citizen of the Confederated Salish and Kootenai Nation, Montana), 1993, mixed media on canvas, 72 × 72 inches. (Courtesy of the New Mexico Museum of Art)

“I See Red: 10,000 Years” was inspired by a book on pictograms – rock carvings – across the plateau region. The area includes parts of Alberta, Montana, Idaho, Washington, and Wyoming.

“You made these drawings as expressions of the life force that goes through everything,” said Smith. “This whole region is littered with cave paintings that people don’t know about.”

Smith saw similarities between the work in the caves and her own.

“Everything I draw is always an outline,” she said. “Even the outline of the nickel; that’s an outline that I could fill out. “

The mural painter Baca, based in Venice, California, was trained in La Tallera Siqueiros in Cuernavaca, Mexico, and worked with students of the renowned mural painter David Alfaro Siqueiros, who with Diego Rivera and José Clemente Orozco the “tres grandes” of the Mexican mural painting movement formed.

Like her, Baca uses her art to record and add to the history of her people. Her best-known work, the “Great Wall of Los Angeles”, tells a multicultural story of Los Angeles.

It was painted over a drainage in the San Fernando Valley and remains one of the largest murals in the world, stretching over 2,754 feet, Scully said.

The exhibit features a detailed section of Baca’s portrayal of the 442nd Infantry Division of Japanese American soldiers in World War II.

“It’s from 1940,” said Scully. The men were one of the most highly decorated officers of the war. Many of them came from families that were deported to American internment camps.

“She’s working with history and education teachers and high-risk students to create these murals,” Scully added. More than 400 people contributed to the pictures.

“When I first saw the Wall, I imagined a long narrative of another California story; one that encompassed ethnic groups, women, and minorities so invisible in traditional textbook accounts, ”wrote Baca.

Bay Area African American artist Howard is known for her large-scale sculptural installations and public works of art. She was raised by politically active parents who worked on community issues that influenced their South Berkeley neighborhood and the civil rights movement.

Howard works with found and everyday objects to create her pieces. She contrasts the old with the new to create new meanings and messages. The artist created “Square Meal” from a lunch box and a cast black hand.

“It’s about education, nutrition and justice with this simple juxtaposition,” Scully said.

Howard also built model railroad cars out of safes. As a tribute to the rapper Snoop Dogg, she named the work “Tha Dogg Express”.

“Much of their work is about African American contributions to culture,” Scully said.

The show also includes Howard’s installation, The Time and Space of Now, as well as footage she recorded when she was 14.