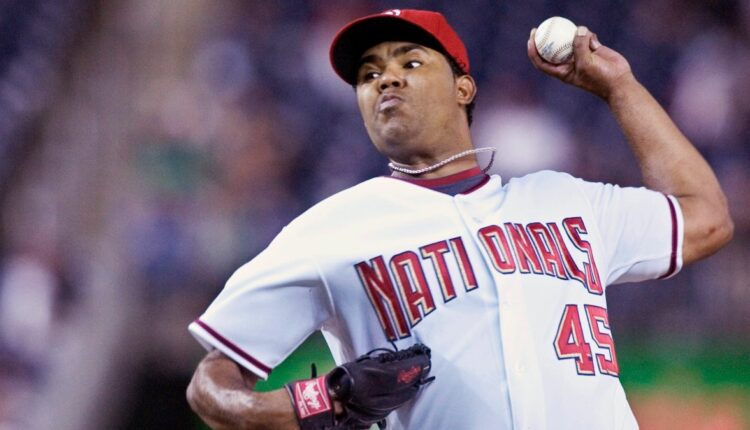 Odalis Pérez, a left-hander who threw the first pitch at Nationals Park and was an All-Star with the Los Angeles Dodgers during a 10-year career in the majors, has died. hey what 43

The local professional baseball league confirmed his death Friday. His brother, Cristian Pérez, told local media the former pitcher was found motionless in the patio of his home Thursday.

He went 7-12 for the Nationals in 2008, his final season in the majors. He began that year as the starting pitcher on opening day in Washington’s first game at Nationals Park after moving from RFK Stadium.

After President George W. Bush made a ceremonial toss, Pérez threw the first pitch for real, which Atlanta’s Kelly Johnson fouled off. Johnson struck out and Pérez went on to pitch five innings, allowing his only run on a homer by Chipper Jones. The Nationals beat the Braves 3-2 on Ryan Zimmerman’s game-ending home run in the ninth.

Pérez broke into the majors in 1998 with Atlanta. He pitched 10 games in relief in the regular season and then, as a 20-year-old rookie, worked three times in relief during the playoffs — his victory in Game 2 of the NL Division Series against the Cubs was his first win in the majors.

In January 2002, Pérez was traded with outfielder Brian Jordan to the Dodgers for slugger Gary Sheffield.

Pérez went 15-10 with a 3.00 ERA in his first season with Los Angeles. He pitched in the All-Star Game that summer, striking out Alex Rodriguez and Jorge Posada in his one inning.

Pérez pitched a one-hitter that same year, taking a perfect game into the seventh inning against the Cubs at Wrigley Field. That was one of his two major league shutouts, both in 2002.

Not much of a hitter, he also connected for his only big league homer that year in a 1-0 win over Arizona.