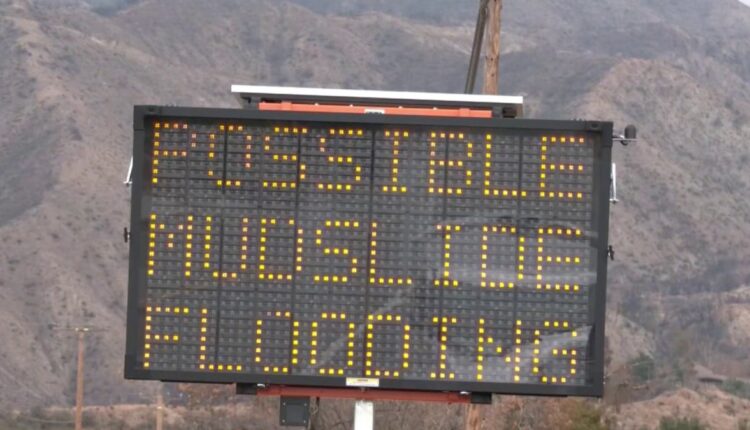 On Tuesday morning, evacuation orders were issued for several locations in the Inland Empire where heavy rain was expected to fall on several scars from wildfires, creating the risk of debris flows and mudslides.

As the wind picked up and the rain started sideways, the San Bernardino County Fire Department captain said that resources were being allocated across the county.

The captain was en route to the burn scar area of ​​Lytle Creek on Tuesday morning.

“Clear soil with no vegetation can only handle a limited amount of water at a time,” said Captain Kyle Hauducoeur. “Once it has decided it’s moving – we’ve set these thresholds, we keep monitoring them – but once the debris starts moving, there’s no stopping it. It will lift cars, it will move houses. “

Some local residents say they will stay and ride out while businesses are concerned about the possibility of mud streams. Anoushah Rasta reports December 13, 2021.

Evacuations have been carried out for the Lytle Creek area and orders have been placed for residents north of Lytle Creek due to the burn scar to the south.

There were also evacuation orders for people in communities near the El Dorado burn scar:

Those in the area with larger animals in need of protection can take their animals to the following locations:

Riverside County also issued evacuation orders for areas near the Apple Burn Scar in 2020. This included communities north of Beaumont and Banning.

Highway 38 was closed to visitors through Forest Falls and was only accessible to local residents at the time.

The rain also created hazards on the road as visibility was poor on the 15 freeway around 6:30 a.m. on Tuesday. There were traffic obstructions on the road.

Some residents of the area got a glimpse of the damage heavy rains can wreak in storms in October, when there was much less rain than Tuesday’s storm.