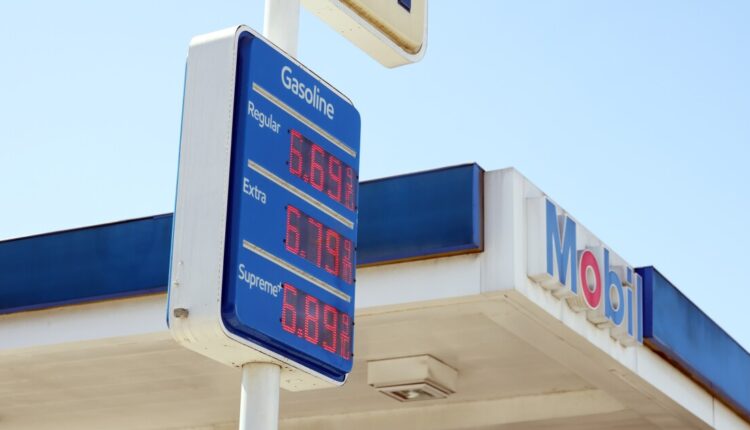 Good morning, and welcome to the Essential California newsletter. It is Saturday, March 26th.

Get up to speed with our Essential California newsletter, sent six days a week.

Newsom unveils his gas price relief plan. gov. Gavin Newsom on Wednesday released the long-awaited details of his plan to send $400 to Californians for each registered vehicle, up to $800 per person. The proposal could set him up for a potential battle with the state legislature.

Big population drops in Los Angeles and San Francisco. The two cities saw sizable declines in population during the first year of the COVID-19 pandemic, new census data show, underscoring how California’s housing crisis and other demographic forces are reshaping two of its largest cities.

What does subvariant BA.2 mean for California? Cases are on the upswing worldwide, prompting some officials to warn that California could see increases this spring because of the Omicron subvariant BA.2.

Drained reservoirs. Dwindling snowpack. Bone dry soils. After a record dry start to 2022, California water officials announced Friday that they were cutting State Water Project allocations from 15% to 5%, and warned residents to brace for a third year of drought.

Gang-like groups of LA County sheriff’s deputies in the spotlight. In a letter dated Monday, Inspector General Max Huntsman said his office has compiled a partial list of 41 alleged members of gang-like groups that operate out of two sheriff’s stations. The civilian commission that investigates oversees the Sheriff’s Department, meanwhile, said it was launching an independent into what it termed “deputy gangs” that have been entrenched in the agency for decades.

Southern California grocery workers prepare to strike. Grocery workers across the region began voting Monday on whether to authorize a strike against Ralphs, Albertsons, Vons and Pavilions in an effort to pressure the companies to raise wages amid stalled negotiations.

Get our free daily crossword puzzle, sudoku, word search and arcade games in our game center at latimes.com/games.

How Karen Bass and Rick Caruso offer divergent paths forward for Los Angeles. The two candidates for mayor showed up to Tuesday night’s debate with two sharply different messages — about leadership and, to an extent, the current state of the city.

Cal State officially drops SAT and ACT. Trustees of the largest four-year university system in the nation agreed Wednesday to permanently drop the standardized tests in its admissions process, solidifying the state’s national role in eliminating the high-stakes exams because of equity concerns.

Community colleges failed to turn over fraud data. Despite a request from the chancellor’s office last August for data on enrollment fraud involving fake student bots, nearly 40% of campuses failed to submit any information, deepening concerns about the extent of possible wrongdoing.

LA County’s push to hand out Narcan. Deaths from drug overdoses have surged. Health officials set a goal to distribute 50,000 boxes of the medicine — which can pull someone out of an opioid overdose — by this August through free vending machines, community groups and homeless encampments.

Viral Tesla crash leaves Echo Park residents picking up the pieces. For the internet, the black Tesla that jumped over the Baxter Street hill was a viral moment to behold. Then the driver abandoned the rented car after it hit two vehicles. The LAPD is offering a reward for information.

Court approves sale of LA’s biggest mansion. The $141-million offer by Fashion Nova founder Richard Saghian for the Bel-Air mega-mansion known as “The One” was approved Monday. The home’s developer, Nile Niami, was unsuccessful in assembling a last-minute offer.

Mayor London Breed is taking on San Francisco’s far left. Breed, 47, is a rising star in California politics because of her stewardship of San Francisco during the pandemic, as well as her efforts to tackle crime, homelessness, addiction and education in a city that is famously — if not always accurately — known for its liberal, live-and-let-live ethos. But Breed’s efforts have also been faulted by some Democrats who argued she is falling back on failed policies.

This California wine country town is multicultural. So why do so many feel invisible? Almost 1 in 5 residents are foreign-born in Paso Robles, writes Tyrone Beason. But some people of color still feel invisible and say that issues of concern to them go ignored, such as when a group of parents, students and activists faced detractors after fighting to reinstate a high school ethnic studies course.

How corruption spoiled reparations for Armenian genocide victims. By many estimates, a million Armenians died in the Ottoman Empire between 1915 and 1920. In the mid-2000s, court cases in Los Angeles delivered a measure of justice, but the much hoped-for reparations devolved into a corrupted process marked by diverted funds and misconduct.

California set off a biofuel boom — but can it manage the fallout? The state has enabled farmers and their business partners in California and far beyond to make millions of diverting methane into a web of futuristic machinery that processes and pumps it into natural gas pipelines. Officials see this as a climate success, but climate activists and analysts warn it threatens to set off an unwelcome chain reaction.

Today’s week-in-review newsletter was curated by Laura Blasey. Please let us know what we can do to make this newsletter more useful to you. Send comments, complaints and ideas to [email protected]