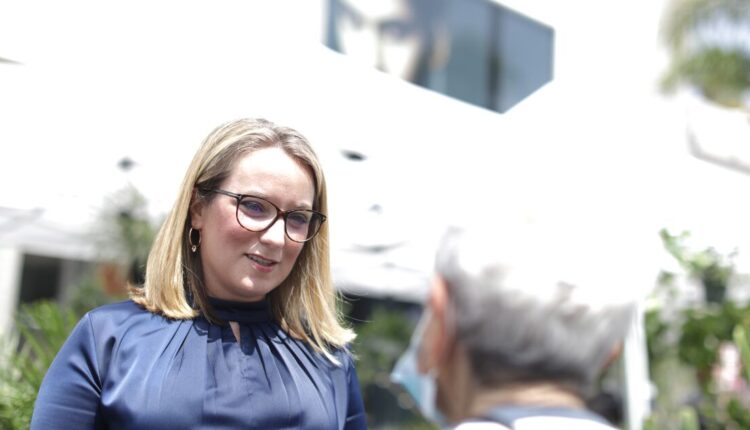 California transferred much of its responsibility over crime and punishment to counties in 2011 and gave them a financial incentive to creatively, effectively and more economically break the cycle of failure that sees the same people moving from jail or prison to the street and back again. Similar “realignments” had been launched to deal with juvenile justice, mental health care and social services. Some counties responded with innovative programs and policies, but Los Angeles County reacted initially with alarm and old ideas such as increasing jail capacity.

Even after Hilda Solis and Sheila Kuehl, two outspoken liberal leaders, joined the county Board of Supervisors in late 2014, the primary question about replacing the decrepit Men’s Central Jail was, “How much larger?”

But the board eventually realized that the various realignments had given it the power to make a difference in crime, poverty, mental health and inequity, overlapping problems that often plague the same populations in the same communities. The board scrapped plans for a new jail and began investing in diversion based on mental health treatment and housing. The “Care First, Jails Last” program represents the most important policy shift the county has undertaken in recent memory and the most promising effort to finally address crime, homelessness and inequality — but it remains far short of full funding and implementation.

With Kuehl leaving the board in December, the county is at a crossroads. The shortest and easiest path is backward into failed policies — including bigger jails.

Voters have a chance on Nov. 8 to continue the momentum by choosing Lindsey Horvath to replace Kuehl.

Horvath was elected by the West Hollywood City Council in 2009 to fill a vacancy. Although voters decided against electing her to a full term in 2011, she remained a tireless advocate for her community, armed with creative solutions to complex problems. A knack for building coalitions helped her win election to the council in 2015 and she has continued to serve there since, including a stint as mayor in 2015-16 and another in 2020-21, a tumultuous period amid pandemic lockdowns and nationwide protests after the police murder of George Floyd in Minneapolis.

She has enhanced West Hollywood’s reputation as an influential city despite its small size. Incorporated in 1984 during the AIDS crisis, it has been shaped by activism. The county Sheriff’s Department patrols the city under contract — a legacy of its earlier unincorporated status.

West Hollywood’s generally good relationship with the Sheriff’s Department came under strain after the election of Sheriff Alex Villanueva, when contract cities expressed discomfort over his rehiring of previously fired deputies and other irresponsible actions. Horvath successfully urged the city to modestly reduce the size of its contract with the department — 56 deputies instead of 60 — and invest the savings in services provided by unarmed civilians. It was seen as a controversial move, branded by some local critics as “defunding,” when in fact it was thoughtful and responsible civilian oversight, accountability and budgeting, and a model of Care First service. Where other contract cities complained, Horvath and a majority of their West Hollywood council colleagues acted.

It’s noteworthy that Villanueva, at a candidates’ forum this year, promised that he would “get a new Board of Supervisors” that would see law enforcement his way. Yet in the June 7 election, Solis defeated her more conservative challengers so soundly that she was reelected without a runoff.

Now Villanueva says he’ll get his new board with the election of state Sen. Bob Hertzberg — Horvath’s competitor in the general election.

Hertzberg may not be thrilled to be Villanueva’s favorite candidate, and he has said he wouldn’t try to undo county programs diverting mentally ill people from jail.

Still, Hertzberg’s record has won him solid backing from the county’s most vocal opponents of Care First, Jails Last: law enforcement unions, including the Assn. for Los Angeles Deputy Sheriffs.

The question facing voters in the 3rd District, as they choose between Horvath and Hertzberg, is not whether the police will be funded. Of course they will. Law enforcement is a permanent and vital part of the county public safety landscape. The question is the degree to which police will be funded to the exclusion of other essential county services, and the extent to which they will be subject to meaningful oversight and accountability. Horvath is the candidate that can move Los Angeles County forward.