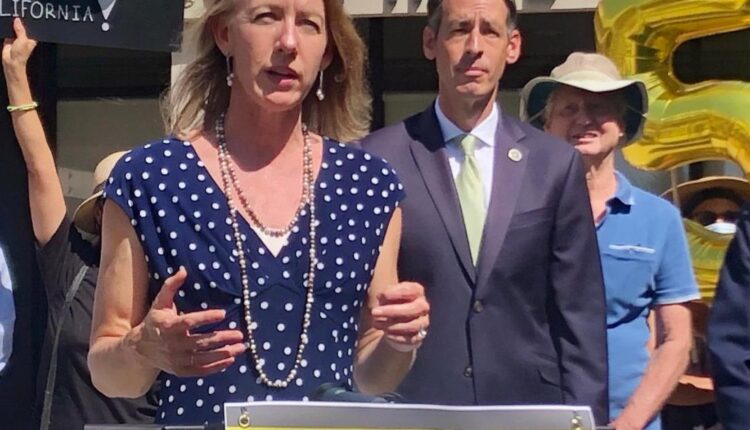 Encinitas City Council has issued comprehensive building regulations that, with a few exceptions, abolish the installation of natural gas infrastructure in new residential and commercial buildings within the city limits.

The ordinance, which passed 5-0 late Wednesday, is similar to other measures passed by 49 other California communities in recent years, but most of those communities are in Northern California. The Encinitas Ordinance is the most comprehensive ordinance issued by a San Diego County community.

“We are very excited because we are doing our part, we care about climate change, we want to be a greener city and we are doing everything we can to get there,” said Encinitas Mayor Catherine Blakespear.

The exceptions are fairly narrow and reserved for emergency buildings that are considered essential facilities for the purposes of the California Health and Safety Code and construction in extreme scenarios for projects that would require significant utility improvements.

In exceptional cases, the new building must be wired in such a way that it can be electrified in the future.

“This is a very good regulation that will essentially allow us to reduce our local greenhouse gases and air pollutants in our building structures. So it’s a very good step forward, ”said Encinitas City Council member Joe Mosca.

Blakespear said the ordinance will not lead to a steep rise in construction costs.

“For example, an electric water heater costs about the same cost as a gas water heater, so it shouldn’t be a significant cost,” she said. “If someone builds a granny flat with his house, he has to put in electricity because you have to turn on the light. But if you don’t have to drive gasoline, it’s actually cheaper because then you don’t have it [to install] Infrastructure for the gas. ”

According to the California Air Resources Board, residential and commercial buildings are responsible for about 25% of the state’s greenhouse gas emissions when you factor in fossil fuel consumed locally and electricity needs. California has set a goal to get 100% of its electricity from carbon-free sources by 2045 or sooner.

The Encinitas regulation was supported by the San Diego Building Electrification Coalition, a partnership of environmental and political groups.

“It is clear that there is no time for humble action to combat climate change and we need our cities to act boldly,” said Karinna Gonzalez of Hammond Climate Solutions at a media briefing prior to the vote. “The passage of an all-electric regulation is the first step towards eliminating our dependence on fossil fuels.”

But Kerry Jackson, a fellow at the Center for California Reform at the Pacific Research Institute, a San Francisco-based think tank that advocates market-based solutions to public policy issues, questioned the effectiveness of all-electric regulation.

“If you stopped using fossil fuels permanently across California tomorrow, the impact on greenhouse gas emissions would be about zero,” said Jackson. “This state only causes about 1% of global greenhouse gas emissions. China and India will build dozens, if not hundreds, of coal-fired power plants in the coming years. There is nothing this state, not even this entire nation, can do to offset the increased emissions from these countries. ”

San Diego Gas & Electric, which includes natural gas as a key part of its energy portfolio, has issued a statement on the Encinitas regulation promoting a broad approach to climate action.

“The fight against climate change requires the widespread adoption of multiple strategies and technologies to reduce greenhouse gas emissions – everything from stricter building codes and electrification of transport to energy storage and hydrogen innovations,” SDG&E spokeswoman Helen Gao said in an email.

“SDG&E supports policies that are cost effective and incorporate all technologies with the potential to be reduced [greenhouse gas] Emissions. SDG&E has an aggressive goal to achieve net zero emissions by 2045 and we look forward to working with Encinitas and other regional leaders to achieve this important milestone. “

SDG&E is a subsidiary of Sempra, which is also the parent company of Southern California Gas, the largest natural gas utility in the country.

In 2019, a coalition backed by SoCalGas and corporate groups gathered around 100 cities and counties to advocate a push for “balanced energy solutions,” which clean energy advocates said local governments would slow down banning or discouraging gas connections in new buildings.

SoCalGas also filed a lawsuit against the California Energy Commission last year, complaining that the commission failed to meet its legal obligation to report on the benefits of natural gas. The company and the Commission tacitly settled the lawsuit last month. Details were not disclosed, but a spokeswoman for the Energy Commission told the Los Angeles Times the commission had not taken the steps SoCalGas had sought.

In the summer of 2019, Berkeley became the first city in the United States to ban natural gas connections for new buildings. Since then, communities such as San Jose, Oakland, and San Francisco have passed similar measures. The trend wasn’t as strong in Southern California, with the exception of Santa Monica, Ojai, and now Encinitas.

Some chefs and cooks have said that they prefer gas-fired ovens over electric ones. The California Restaurant Assn. has challenged Berkeley’s ban on natural gas for new buildings.

Needless to say, the loss of flame cooking in restaurant environments would have a dramatic impact on restaurant kitchens, where chefs rely on gas stoves to grill vegetables, sear meat and create all kinds of dishes from kitchens around the world are inspired by the world, ”said restaurant association manager Jot Condie last month. “Any law that mandates the use of electric stoves instead of gas stoves will reduce that choice and will likely affect how restaurants pay for energy in the future.”

The Encinitas Ordinance will come into force once it is approved in second reading by the City Council. The second reading is planned for October 13th.