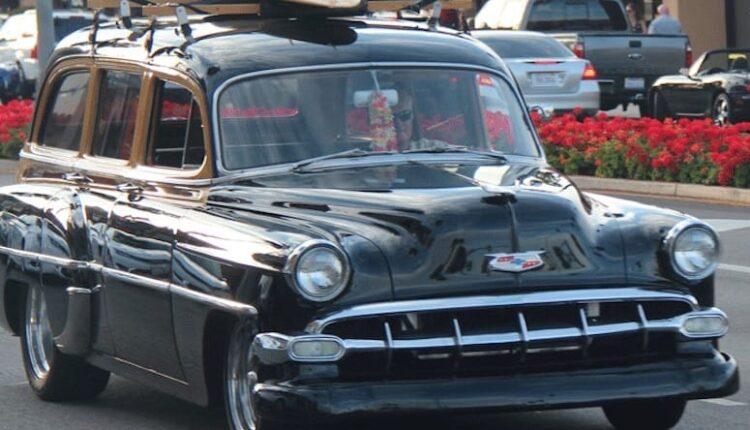 Jerry Martin grew up in the San Fernando Valley and bought his first car before he even had a driver’s license. “It was a 1948 Ford Woody,” he says. “I got it for $ 50. It took me over a year to fix the car before I could drive it to school for the first time. “

Years later, Martin is still a station wagon man. Not long after it started El Paseo cruise night In 2011 Martin was left without a classic car. His wife Judy found exactly what he was looking for in Texas. “I flew to Texas, looked at the car, bought it and sent it home,” says Martin. “It’s a 1954 Chevy Woody.”

Take a look at the El Paseo Cruise Night website and you will see a drawing of the Woody with a pair of surfboards hanging out the back. “I grew up surfing on the coast, all over California, Mexico, and Hawaii. I was part of the surfing scene. It never left me. That was the perfect car for me, ”says Martin.