Editorial: That’s what California should do with their rainwater 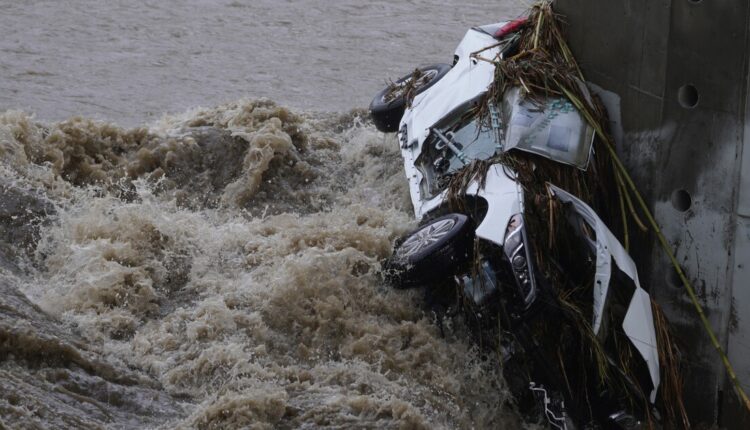 More rain is expected in southern California later this week, albeit not a rain of force, which fell as much as five inches in parts of the region on Tuesday, breaking the 1888 record for the wettest December 14th in downtown Los Angeles has.

The day before, the same storm hit northern California, dropping up to ten feet of snow in some of the higher elevations of the Sierra Nevada.

This is the typical winter storm pattern for California: the north receives most of the precipitation and, due to the geography of the state, usually a day ahead of us in the south. In addition to moving south, the storms move east, and Southern California is well east of the northern portion of the state (it’s counterintuitive, but Los Angeles is east of Lake Tahoe).

Each of the regions also has very differently oriented mountain ranges. The result is that different water policy decisions apply in the north and south, as well as different human errors that require different – albeit complementary – solutions.

In Northern California, winter storms drop their rains in coastal and inland areas before spilling over to the Sierra Nevada Mountains. The sierras block the storms’ path and force the moisture-laden air moving eastward to higher, colder elevations, where the water falls as snow.

Since the sierras run roughly from north to south, their slopes are oriented to the west and east. There the sun shines weakest on short winter days, so that historically the snowpack has remained cold enough to stay up to longer and hotter days in spring, when the position of the sun is more direct on the slope and the air is warmer. The result was steady melt of snow that fed California’s two great rivers, the Sacramento and the San Joaquin, making them highways for migratory species like the chinook salmon.

But climate change makes precipitation less predictable, and when it comes it ends up on slopes that are now often hot earlier in the year and cannot reliably hold snow cover through winter and spring.

Northern California and those of us in the south who import their water have built a system to collect as much of the sierra runoff as possible for human consumption. But with the water now less predictable and more diverting agriculture, the streams that feed the rivers are drying up, bringing salmon and other species closer to extinction.

It is smart policy to put enough water in the sea to feed the salmon (and the fishing industry), yet agricultural interests describe it as if “their” water was flushed down the toilet.

In October, Governor Gavin Newsom wisely (finally) gave up talks about how much water to leave behind in the San Joaquin River and its tributaries, and that’s a good thing. These decisions should be based on biology, not the bogus negotiations that allowed agribusiness to delay withdrawals. A similar effort to make “voluntary agreements” for the Sacramento River should also end to let the state Water Resources Control Board do its job by setting scientifically based flow rates that give the environment a chance to fight.

Everything is different in Southern California. Here the mountains are closer to the coast and run from east to west. There is snow on the mountains of San Gabriel and San Bernardino, but it rarely lasts long as the slopes face south and absorb the full power of the sun in both winter and summer. Melting snow and rainwater rush down the Los Angeles and San Gabriel rivers in vicious winter torrents that last a few days before leaving the riverbeds almost dry again.

As a result, Los Angeles County was constructed differently than the north. Instead of catching the water to use, it comes here so fast and violently that we diverted it into concrete canals to get rid of it as soon as possible before it can flood communities.

But if we adapt to a warming planet and more frequent droughts, and recognize the damage being done by channeling our local rivers, we need to turn that around a little. We will have less water from the snowmelt and the Sierra Aqueducts, so we will have to keep more of our own water.

Water catchment projects funded by Measure W of 2018 are primarily designed to keep urban pollutants out of Santa Monica Bay. This is a good start, but the overall goal should be to collect and purify more of this water for urban use. Studies have proposed projects like the East Valley Stormwater Capture Program to collect runoff from nine parks in Pacoima, North Hollywood and Valley Village and divert that water into underground pools that recharge the area’s aquifer. Construction will start next year. Similar projects are planned for other parts of the region, using parks, central trams and other locations as collection points.

But the need is great and we need to move faster. Many of these projects were in the planning phase decades before measure W and are only now being implemented.

We are likely to see more record breaking rains like on Tuesday, periods of prolonged drought like the current one that hit the state despite the storms. Coping means pouring more water into the sea in the north and holding onto it more in the south. It is possible – if we use our resources for projects that are geared towards new climate patterns and not towards the California of the past century.