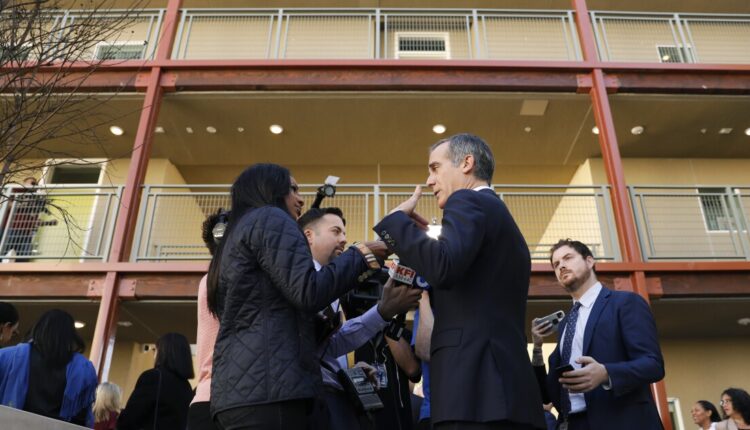 California legislators — Democrats and Republicans — are in rare agreement: It’s time for the state to repeal a racist, classist provision in the state Constitution that makes it harder to build affordable housing.

Article 34 was adopted in 1950 amid a discriminatory backlash against public housing. It requires that cities get voter approval before they build “low-rent housing” funded with public dollars.

And yet, lawmakers have been hesitant to put the Article 34 repeat on the ballot. An attempt was dropped in 2020 and revived this year for the 2022 ballot, but it may be postponed until 2024. The hurdle isn’t politics. It’s money. Advocates are struggling to raise the estimated $20 million necessary to run a successful statewide campaign to educate voters on California’s ugly history of housing discrimination.

It’s astounding that political donors haven’t stepped up to bankroll the repeal of Article 34. Interest groups routinely spend tens of millions of dollars on ballot initiative campaigns in California and private companies write multimillion-dollar checks at the behest of Gov. Gavin Newsom and other elected officials.

Supporting the repeal is a way for civic-minded donors, companies and organizations to help right a historical wrong and remove a barrier to building affordable homes for the most vulnerable residents at a time when the state is mired in homelessness. (Some big donors said they’re willing; Michael Weinstein of the AIDS Healthcare Foundation, which has backed two rent-control initiatives, said his group would chip in for the repeal campaign.)

While cities have devised many Article 34 workarounds over the years, it remains an obstacle. Los Angeles, for example, last went to voters in 2008 to get authorization to build 3,500 units of affordable housing in each council district. Now, the city has hit that limit in Council District 14, which includes downtown, and is close to hitting the limit in districts east and south of downtown.

That means the city won’t be able to approve and fund additional affordable projects in those areas until voters pass a new Article 34 authorization. The Housing Department is preparing a new ballot measure for November. It’s a waste of time, energy and money for the city, and that’s why Mayor Eric Garcetti began working with state Sen. Ben Allen (D-Santa Monica) four years ago to repeat Article 34.

It’s a remnant of an era that California should repudiate. A real estate industry group drafted the original initiative to require voter approval for public housing in 1950 — right after the federal Housing Act of 1949 banned explicit racial segregation in public housing. The initiative was framed as a way for residents to preserve “local control.” But although it was cynically wrapped in the guise of grass-roots democracy, giving voters the right to veto public housing was really just a sneaky way to let the mostly white voters bar low-income and minority residents from their communities.

Californians still love their local control and grass-roots democracy, which is one reason repeating Article 34 is no slam-dunk. Advocates for the repeal have found in polling that voters have a knee-jerk reaction against giving up their right to control what gets built in their community. But the polls have also found that once voters understand the roots of Article 34 and the way it has fueled segregation and inequality, they support the repeal.

Over the next few months, legislators are very likely to pass Senate Constitutional Amendment 2, which would allow the measure to be put on the ballot. There hasn’t been a single “no” from any lawmaker so far as it has progressed through committee hearings and a floor vote in the Senate. Then advocates will have to choose whether to bring the repeal to voters in November or in 2024. The decision will likely turn on whether they have the money to run a sophisticated public education campaign.

This is the moment for California’s philanthropists and political donors to step up. Article 34 is a stain on the California Constitution that impedes efforts to build more affordable housing. It’s high time for voters to have an opportunity to learn about this dark chapter in California’s history and have the opportunity to write a new one.