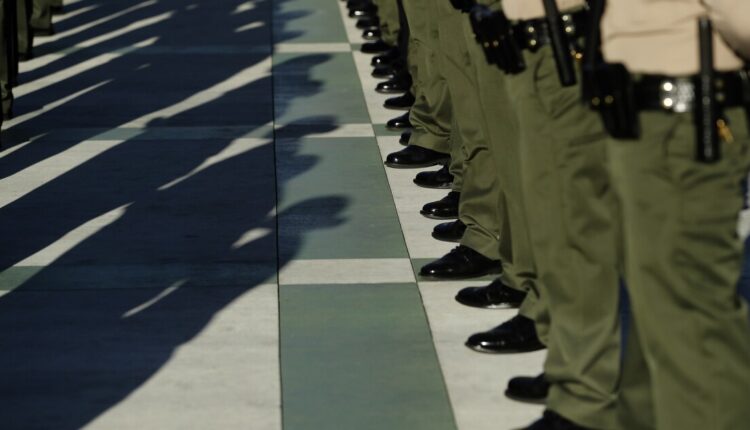 With Los Angeles County Sheriff Alex Villanueva up for reelection June 7, last week a coalition of community and reform organizations called on the Board of Supervisors to send voters a charter amendment that would give the board power to impeach the sheriff.

Their unhappiness with Villanueva is warranted, but their timing is off and their vision is too narrow. It’s far too late in the game to seek a structural change that would affect Villanueva, who will either win a second term in four months or in a November runoff, or else be sent packing.

Perhaps impeachment authority could be one part of an eventual reform package that recalibrates county power and makes future sheriffs more accountable to the people who elect them and whom they serve. But as a standalone measure, without broader structural change, it falls short.

To be clear, state law doesn’t prohibit county voters from giving boards of supervisors the power to remove sheriffs. Call it impeachment if you like. The San Bernardino County Board of Supervisors authorized itself to remove the sheriff when it adopted a 2002 ordinance that was later upheld in court. The Los Angeles County supervisors could do the same with a charter amendment like the one the anti-Villanueva activists are seeking. Such a proposal was floated more than two years ago.

The LA board, back in 1914, in effect removed a sheriff by suing him for misfeasance in office over misuse of public funds, and prevailed in court. A similar procedure is still available.

But any new power or change in governmental checks and balances has to be crafted not just with the current challenges in mind, but for a host of possible future scenarios as well. Today’s problem may be with Villanueva, a combative and controversial sheriff who has alienated other elected officials with his budget mismanagement, his attempts to flout hiring laws, his refusal to cooperate with oversight officials, his use of a sexist and racist slur against a county supervisor and his deputies’ record of fatal shootings, just for starters.

But it’s possible to imagine that an honest, effective and stalwart sheriff, sometime in the near future, will learn of crimes committed by a corrupt majority of county supervisors and proceed against them. That sheriff won’t get very far if the board can easily throw him or her out of office.

Besides, as long as we keep electing our sheriffs, we should be wary of any attempt to alter or block the outcome of any election. Overriding any decision by voters should be neither easy nor quick.

The Board of Supervisors has a penchant for setting up blue ribbon commissions to “study” questions that have been asked and answered over and over, but this is one case in which a commission is appropriate and badly needed.

Independent panels have previously had the opportunity to study the structures and checks and balances of county government, including the role of the sheriff and his or her department. The work ought to have been done by the Kolts Commission — the county counterpart to the city’s landmark Christopher Commission that eliminated unaccountable Los Angeles police chiefs and made a host of other much-needed changes to police oversight and discipline in the 1990s. Or by the Jail Violence Commission, whose work explored the misconduct committed by top Sheriff’s Department officials and some deputies a decade ago.

Many of the same organizations now calling for impeachment power campaigned successfully two years ago for a ballot measure to enhance civilian oversight of the department. But they demanded too little. They ought to have called then for a broader revamp of the sheriff’s place in county government. They ought to be calling for that now.

Any panel of serious and experienced thinkers and policymakers will likely come to see that sheriffs shouldn’t be elected, any more than police chiefs or generals. And they will see that a board of five squabbling supervisors may be neither the proper appointing authority nor a sufficient layer of accountability, and that the board probably should be larger and have a more strictly legislative role and oversight of an independently elected executive.

And they will see that the Civilian Oversight Commission, or a body like it, has to have greater independence and power (the organizations calling for the power to impeach the sheriff are also, to their credit, calling for enhanced oversight powers).

And maybe they will also conclude that impeachment by the Board of Supervisors is a necessary check on a sheriff’s power, but only when embedded within a comprehensive set of reforms that doesn’t substitute a too-powerful board for an unaccountable sheriff.